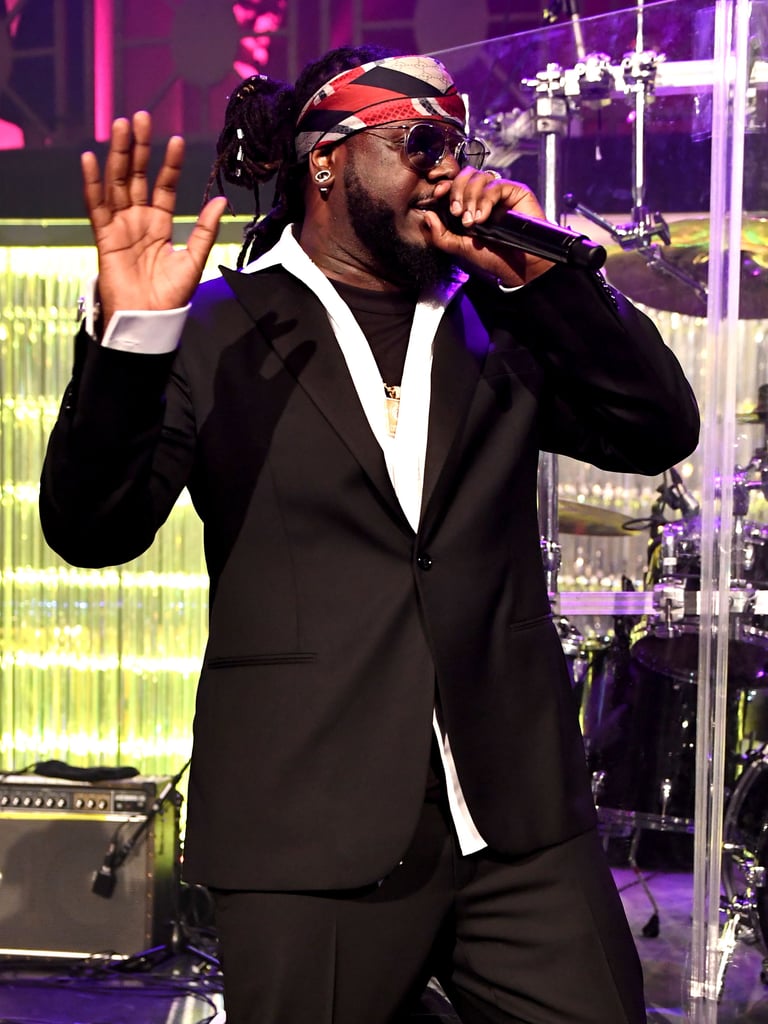 T-Pain Uses Auto-Tune as a Choice Because, Let's Face It, the Man Can Actually Sing

T-Pain recently shocked viewers when he revealed himself as the Monster — and crowned winner — on Fox's competition show The Masked Singer. Over the course of 10 episodes, the 33-year-old singer, rapper, and producer belted a number of tunes under his furry costume, including Queen's "Don't Stop Me Now," Sam Smith's "Stay With Me," and Montell Jordan's "This Is How We Do It."

Although T-Pain's musical career is heavily characterized by his use of Auto-Tune, longtime fans (and new ones) know that he doesn't really need any mechanized help when it comes to his vocals because he can actually sing. In fact, in a 2014 interview with NPR's program All Things Considered, he said that he didn't use Auto-Tune to sound good. "I was just using it to sound different," he explained.

From his popular set on NPR's Tiny Desk Concert series to his beautiful rendition of the national anthem at a Dodgers game, watch some of his best vocal performances as himself and the Monster ahead!