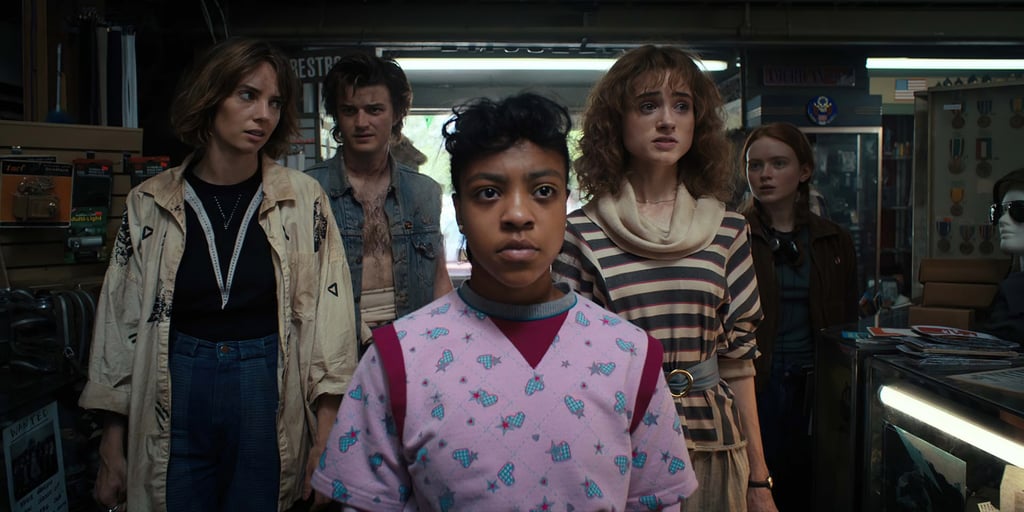 The End Is Nigh in the "Stranger Things" Season 4, Vol. 2 Trailer

The second part of "Stranger Things" season four is coming to Netflix soon. On June 21, the streamer released the terrifying full-length trailer for volume two, and it seems like the gang in Hawkins might be in over their heads. "Your friends are not prepared for this fight. Hawkins will fall," Dr. Brenner (Matthew Modine) warns Eleven (Millie Bobby Brown). "My friends need me," Eleven tells him.

The trailer includes shots of Eleven running away from the lab; Max (Sadie Sink), Lucas (Caleb McLaughlin), and Erica (Priah Ferguson) entering the Creel House; and Robin (Maya Hakwe) warning Steve (Joe Keery) that they might not make it out of this alive. The whole trailer is scored by Kate Bush's "Running Up that Hill," which became a viral hit after it was featured in volume one.

In a recent interview on "The Tonight Show Starring Jimmy Fallon," Noah Schnapp, who plays Will Byers on the show, had similarly dire warnings for fans heading into the season finale. "You can expect from volume two, we've got some deaths coming, some gore, and a big . . . ," he said before Fallon stopped him by saying, "Wow, that's a big spoiler. Dude, you just said something that you can't say!"

Schnapp didn't reveal anything else about who will die in the season finale, but he did confirm that we're going to be mourning at least one character by the end of the season finale. "No, but I didn't say who! Well, you guys can assume that obvi someone's gonna . . . ," he continued, drawing a finger across his throat.

"Stranger Things" season four made a huge splash when volume one dropped on Netflix on May 27. The ending of the first half of the season leaves our beloved characters in rough spots: Nancy (Natalia Dyer) is trapped under Vecna's curse inside the Upside Down. Eddie (Joseph Quinn) is wanted for murder, with the rest of the Hawkins gang considered his accomplices. Hopper (David Harbour) and Joyce (Winona Ryder) are still trapped in Russia. Mike (Finn Wolfhard), Jonathan (Charlie Heaton), and Will (Schnapp) are trying to make their way across the country to help El.

Fans have long been wondering if their favorites will make it out of the season alive, and in light of Schnapp's comments, it seems clear that someone will end up exiting the show before everything is said and done. As we wait for volume two of "Stranger Things" season four to drop, keep reading to preview what's ahead, including the trailers and first-look pictures.

Hulu
The Men of "Reasonable Doubt" on Having "Fully Realized" Roles: Everyone Gets "a Chance to Eat"
by Njera Perkins 1 day ago

Astrology
Your "House of the Dragon" Character, According to Your Zodiac Sign
by Liz Simmons 1 day ago

Netflix
"Love Is Blind"'s Natalie Addresses the Drama With Shaina and Shayne: "It Was Really Hurtful"
by Njera Perkins 1 day ago

Netflix
Separating the Facts From the Fiction in Netflix's Marilyn Monroe Biopic, "Blonde"
by Victoria Edel 1 day ago

Star Wars
After 45 Years, James Earl Jones Is Hanging Up His Cape as Darth Vader
by Chanel Vargas 2 days ago

Shakira Set to Go to Trial Over Spanish Tax-Fraud Case

Nick Kroll Jokingly Says He Told Harry Styles to "Spit on Chris Pine": "He Was Like, 'Got It'"