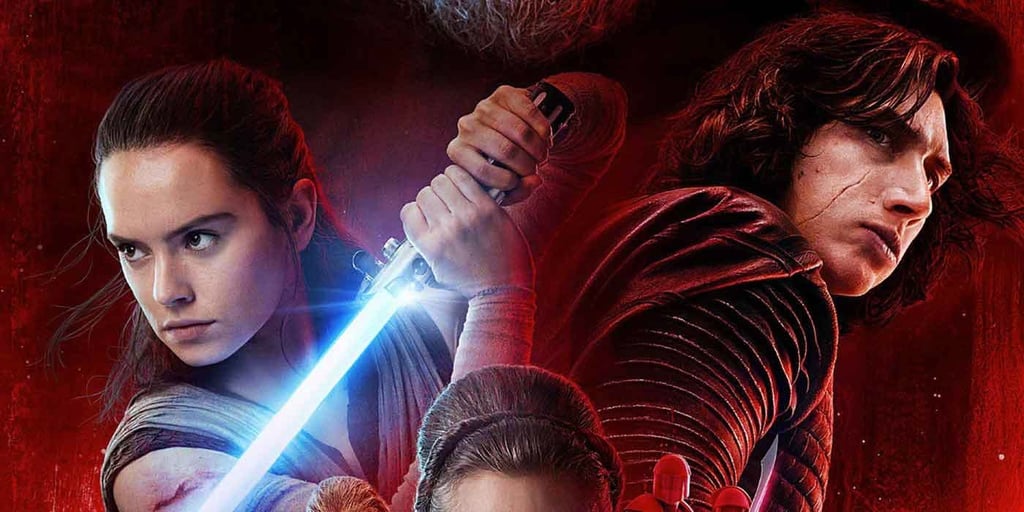 A few spoilers for Star Wars: The Last Jedi below!

Although it kind of felt like Star Wars: The Force Awakens set up Finn and Rey to fall in love with each other, The Last Jedi makes it pretty damn clear that the real romance of the new trilogy will be between Rey and Kylo Ren. Maybe. Probably. It better be. Since the new film finally reveals who Rey's parents are (or, at least, it appears to), the question of whether or not Resistance hero Rey and First Order bad boy Kylo are related has been disproved, clearing a path for a romantic relationship between the two.

In The Last Jedi, we see Rey and Kylo develop an emotional connection thanks to some sinister manipulation on Snoke's part. Despite the supreme leader's hand in bringing about their newfound relationship — which, to be clear, never really gets beyond some intense chats and an epic fight scene — there's no denying that they have some serious chemistry. Are they a perfect match? No. Not only do they give off ill-fated Anakin and Padmé vibes, but Kylo comes with a lot of baggage and oh, yeah, murdered his dad.

Does the internet want them to fall in love and live happily ever after anyway? OBVIOUSLY.

Holiday Entertainment
From "Spirited" to "The Muppet Christmas Carol," We Ranked 10 Scrooge Movies
by Victoria Edel 1 day ago

Movies
Believe It or Not, "Cocaine Bear" Is Loosely Based on Real-Life Events
by Alicia Geigel 4 days ago