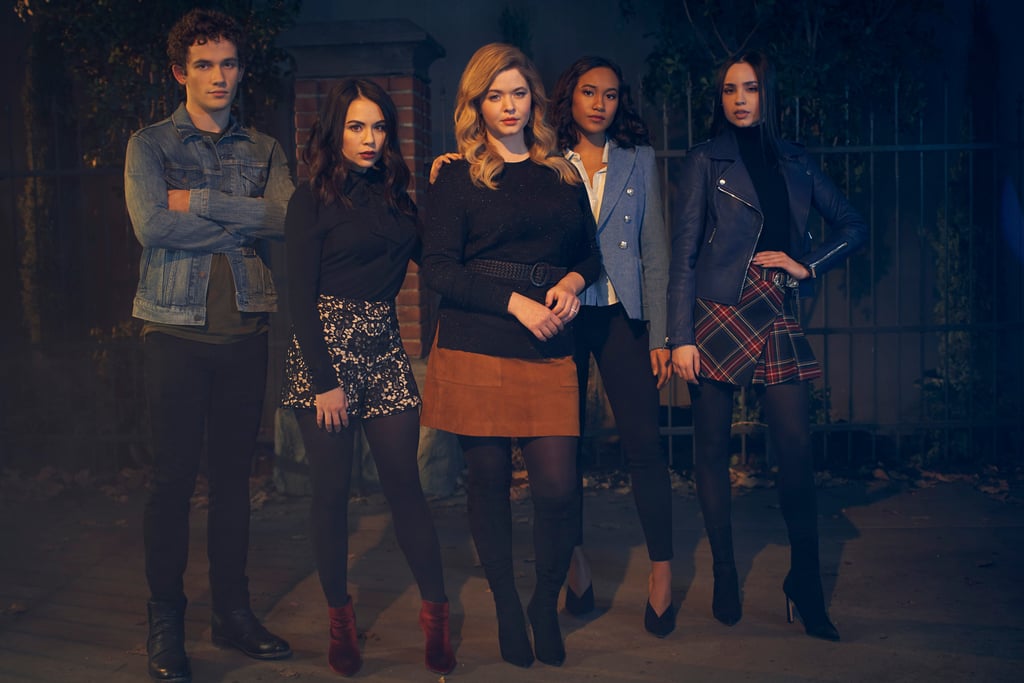 The Perfectionists: All the New and Returning Cast Members of the Pretty Little Liars Spinoff

If you're still having a hard time letting go of Pretty Little Liars, you're in luck, because Freeform has a new spinoff series called Pretty Little Liars: The Perfectionists. The show is based on the book series The Perfectionists by Sara Shepard, who's also the author of Pretty Little Liars, and is executive produced by the one and only I. Marlene King. Sadly, it won't be taking us back to Rosewood; instead, we'll be introduced to the new town of Beacon Heights, where "nothing is as it appears to be." "The stress of needing to be perfect leads to the town's first murder," an official synopsis on Freeform reads. "Behind every Perfectionist is a secret, a lie and a needed alibi." Catch the series when it premieres on Freeform on March 20.

Netflix
Here's How Each Character's Story Ends on You Season 3, Because It's a Wild Ride
by Hedy Phillips 2 days ago

Netflix
Who's the Snarky Voice Behind Netflix's Sexy Beasts? You Might Recognize This Comedian
by Emma Vallelunga 2 days ago

Netflix
Whew! You's Season 3 Finale Is Full of Twists and Turns — Let's Break It Down
by Monica Sisavat 2 days ago

Netflix
Meet Joo Won Shin, the Korean Singer Behind Squid Game’s Haunting "Fly Me to the Moon" Cover
by Victoria Messina 2 days ago

Jenna Ortega
Wondering Where Ellie Is on Netflix's You? We May Have an Idea
by Monica Sisavat 2 days ago