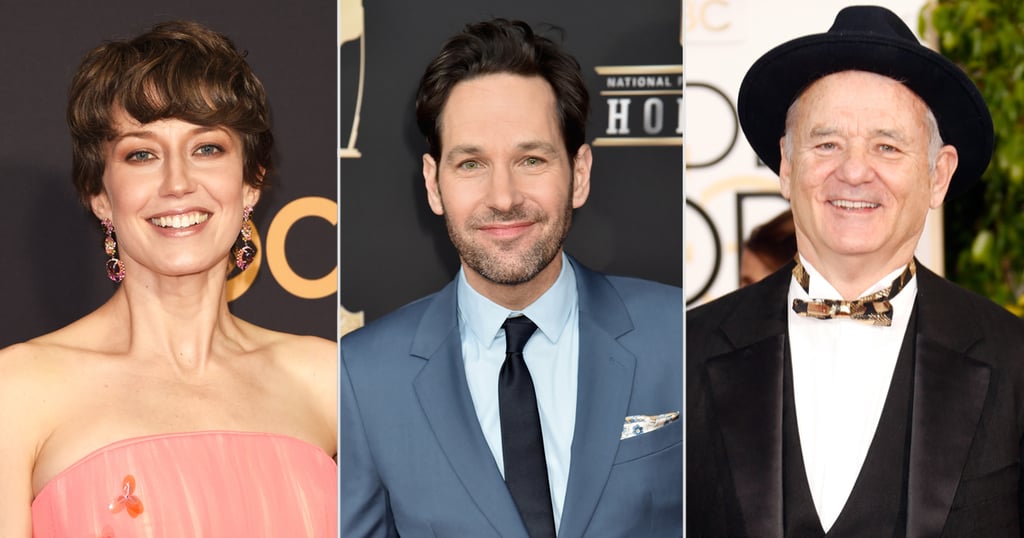 The upcoming Ghostbusters movie is already full of star power. Not only have Stranger Things actor Finn Wolfhard, The Leftovers star Carrie Coon, and Captain Marvel's Mckenna Grace signed on for the project, but Paul Rudd is also now set to star in the sci-fi comedy. On June 27, 2019, the official Ghostbusters Twitter account confirmed Rudd's role with a video of the actor standing outside of New York's Hook and Ladder 8 — the now-iconic firehouse used in the primordial 1984 Ghostbusters film. "I can't wait to join the cast this fall for Ghostbusters," Rudd says in the clip.

Director Jason Reitman — whose father directed the '80s original — also expressed his excitement over Rudd hopping on board. "I've been wanting to work with Paul Rudd since my short film opened for Wet Hot American Summer at Sundance," he said in a statement. "Thrilled he'll be joining this new chapter in the original Ghostbusters universe."

News of the movie first broke in January 2019 with Reitman confirming the film will take a modern approach. "This is the next chapter in the original franchise," he told Entertainment Weekly "It is not a reboot. What happened in the '80s happened in the '80s, and this is set in the present day." Variety reports that the story will center on a single mom and her family, but additional details about the plot have yet to be disclosed. However, we do know that some of the franchise's original stars — such as Bill Murray and Sigourney Weaver — will make appearances in the movie, which is slated for release in November 2021. Ahead, check out all the Hollywood talent set to star in the film!

Related:
4 Horror Movies Coming Back to Haunt Us With Reboots in 2019
Previous Next Start Slideshow
GhostbustersMoviesMovie Casting