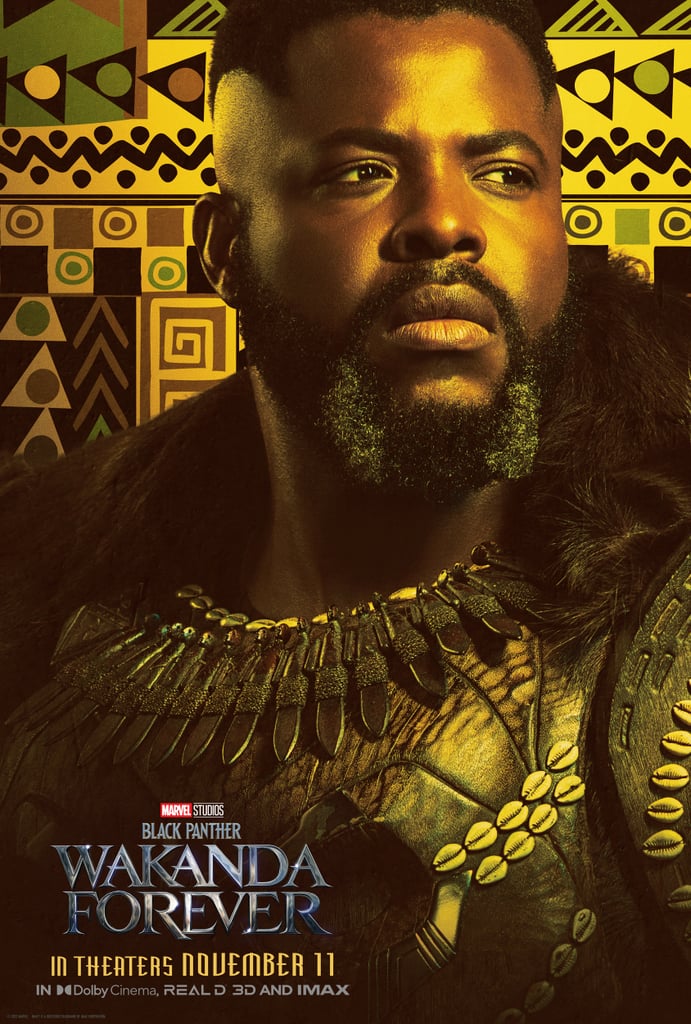 The highly anticipated sequel to "Black Panther" is almost here, and Marvel continues to tease bits and pieces of what to expect from the film. On Oct. 3, Marvel released the full trailer for "Black Panther: Wakanda Forever," and it not only gives viewers their first look at Namor (Tenoch Huerta), who's seemingly the film's villain, but it finally shows someone in the Black Panther suit — and that person appears to be a woman.

The latest trailer also gives us our first look at Riri Williams, aka Ironheart (Dominique Thorne), an American teenager who uses her engineering know-how to follow in the footsteps of Tony Stark.

The new footage comes after the first trailer arrived on July 23 during San Diego Comic-Con. From the opening moments, it's clear Wakanda is in mourning after losing King T'Challa (the late Chadwick Boseman), but as a new threat looms, Nakia (Lupita Nyong'o), Shuri (Letitia Wright), and the rest of T'Challa's friends and family must band together to protect their beloved nation. Still, even as the franchise moves forward without Boseman, his presence can be felt throughout.

In an Oct. 3 interview with Entertainment Weekly, director Ryan Coogler opened up about making the movie in the wake of Boseman's death. "I was at a point when I was like, 'I'm walking away from this business,'" he said. "I didn't know if I could make another movie period, [let alone] another 'Black Panther' movie, because it hurt a lot. I was like, 'Man, how could I open myself up to feeling like this again?'" But after reflecting on his relationship with Boseman, who had always passionately supported the film and Wakanda, Coogler "decided that it made more sense to keep going."

"Black Panther: Wakanda Forever" finds Wakanda handling loss and navigating new unknowns, including Namor. In the comics, Namor rules Atlantis, but in the film, his kingdom is called Talocan and is inspired by Ancient Mayan culture. Coogler shared a few details about the MCU's portrayal of Namor with EW, telling the outlet that Talocan is like Wakanda — highly advanced and "hiding in plain sight."

He also said it was important to maintain Namor's iconic look, including his ankle wings. "I think with making these types of movies, you've got to lean into the weird stuff, or you risk missing what makes it fun," he explained. "He's got really unique features and things that don't necessarily go together. He can breathe underwater, obviously, but he's got these little wings on his ankles. He's got pointy ears and walks around in his underwear. It's all fun, man."

After Marvel Studios confirmed "Black Panther"'s sequel in 2018, fans yearned to learn more details about it, especially in regards to the franchise resuming without its original king. "It's clearly very emotional without Chad," Marvel Studios chief Kevin Feige said in June 2021, per Variety. "But everyone is also very excited to bring the world of Wakanda back to the public and back to the fans. We're going to do it in a way that would make Chad proud."

Read on for all the details about "Black Panther: Wakanda Forever," including the returning cast, new characters, the movie's plot, and more.