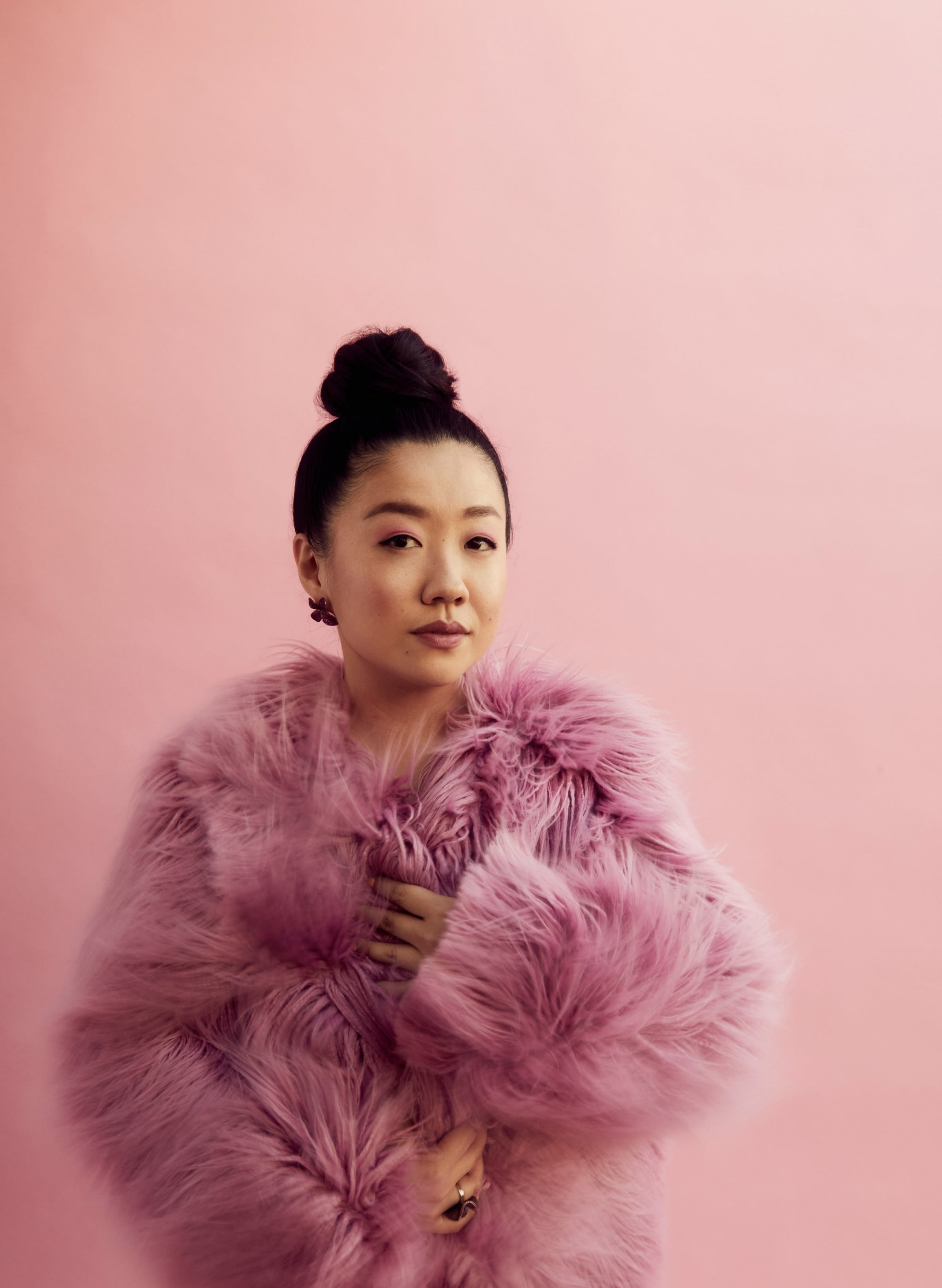 Sherry Cola is full of infectious joy that will only match her exciting year ahead. The 32-year-old comedian is gearing up for season four of "Good Trouble," premiering on March 9, and starring as a lead in Adele Lim's directorial debut. She's also lending her voice to Pixar's "Turning Red" and Paramount's "The Tiger's Apprentice." But that's only the beginning. Cola spoke to POPSUGAR about becoming more vulnerable through her "Good Trouble" character, Alice; her joy in undertaking projects that showcase multidimensional Asian characters; and her comedy plans.

Alice overlaps with Cola's life: they're both building careers as comedians, they're queer (Cola is bisexual and Alice is a lesbian), and they're finding their voices in difficult circumstances. Because of these parallels, season four taught Cola how to embrace both growth and struggle. "I just feel really grateful to be able to tell these stories authentically, as someone who shares a lot of identities with Alice. I'm a bisexual, Asian woman, so it means a lot to be able to express and release through the work that I do," Cola tells POPSUGAR.

"I'm learning as Sherry that it's OK to feel blessed and depressed. We're so grateful for so many things. At the same time, there are moments where we feel so vulnerable and we feel helpless."

Season four will see Alice navigating trauma parallel to the current state of the world and balancing her career as a comedian. "What Alice is going through in season four is actually really personal to me because for the last couple of months I've been experiencing quite an emotional and mental rock bottom, to say the least," Cola candidly shares. "But I'm learning as Sherry that it's OK to feel blessed and depressed. We're so grateful for so many things. At the same time, there are moments where we feel so vulnerable and we feel helpless, and that's life." The actor adds that she's also embraced being more vocal thanks to starring in "Good Trouble."

Following the new season of "Good Trouble," Cola has several projects in the works — all of which embrace many aspects of Asian identity. "Crazy Rich Asians" screenplay writer Lim is making her directorial debut in an upcoming Lionsgate comedy starring Cola, Ashley Park, Stephanie Hsu, and Sabrina Wu. Their characters travel from the US to various Asian countries searching for one of their birth mothers. "The character I play I personally think is the character you've never seen on the big screen. And that means the world to me . . . Every lead in this movie is Asian, and we all have individual arcs," Cola says.

The "raunchy" and "unapologetic" untitled R-rated movie will show a different side of representation. "This movie is the first of its kind. We have just incredible cameos, it's just a wild ride," Cola excitedly tells us. The characters are a bit of a mess, but that's what she loves about it. "Hollywood has never given us truly the opportunity to make [a] 'we're messy, we're not perfect, we're not the model minority' [type of film]."

"We can be the model minority, but at the same time, we can be the f*ck-up. We can be the character that does not have their sh*t together and makes mistakes. And we see all of that in this movie. It's sexy, it's hysterical — it is absolutely hysterical," the comedian emphasizes. "There are themes about family, friendship, identity in this movie. But at the same time, we happen to be Asian. It's the first of its kind, period. There's never been an R-rated film with these faces."

Being able to star in films like Lim's was only possible because of Asian actors who have challenged creators. Cola cites Sandra Oh as someone who moves the culture forward. And in an amazing turn of events, she's costarring with the "Grey's Anatomy" alum in Pixar's "Turning Red" (2022) and Paramount's "The Tiger's Apprentice" (2023). "You think about her career, and once again, nothing is overnight. Especially as an Asian woman in Hollywood, you were not given opportunities at all back then [when Oh started her career], which is why she's such a hero. And to see her now just thriving, she earned that sh*t. She truly busted her ass to be the Sandra Oh we know today," Cola says.

"[H]ow can I settle for characters that don't actually move the culture forward?"

Cola calls meeting Oh backstage at Character Media's Unforgettable Gala in December 2021 a "dream come true." "Your career is made up of so many moments where you feel like you have made it. That was one of those moments . . . She comes backstage and just kind of gushes over me a little bit and just says all these sweet things. And to be face to face with someone who has been a hero to me . . ."

Speaking of the animated films, Cola says working on "Turning Red" and "The Tiger's Apprentice" is special because of both movies' Asian cultural specifics. "Turning Red," premiering on March 11, centers 13-year-old Mei Lee (voiced by Rosalie Chiang), who turns into a red panda every time she's overexcited. She later learns of her family's mystical connection to red pandas. "The Tiger's Apprentice" is based on novelist Laurence Yep's trilogy of a boy named Tom Lee who meets all the animals of the Chinese zodiac. 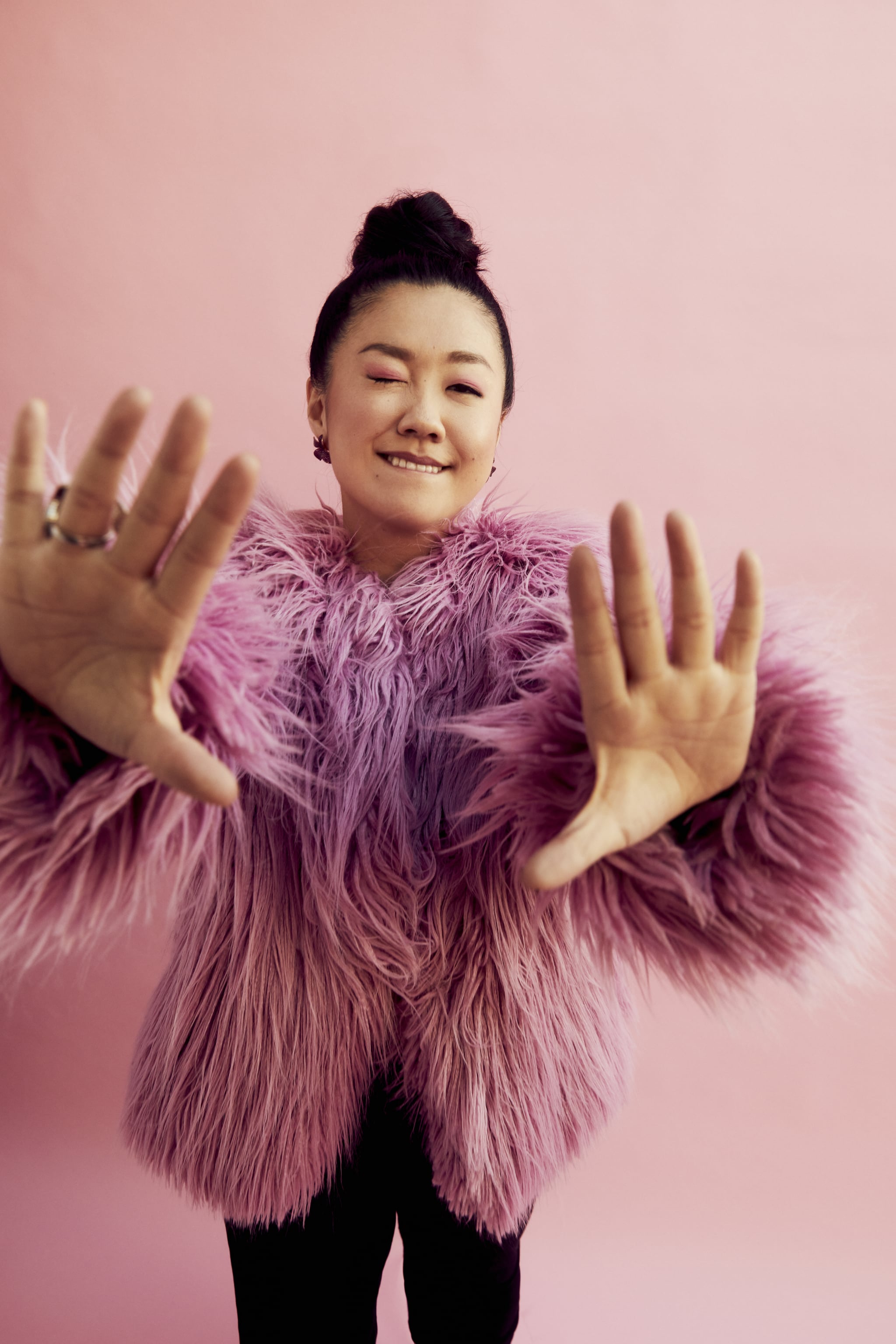 Most of Cola's upcoming projects share some aspect of the Asian experience. "For my entire life, we hardly saw Asian representation in an authentic way," she reflects. "There were slivers here and there of the supporting character, the nerdy Asian, the nail technician, et cetera. But we never saw it in a way that had intention, storytelling with a purpose. I think I've been spoiled in a sense now that, moving forward, after playing characters like Alice, after being in Adele Lim's movie, how can I settle for characters that don't actually move the culture forward?" The comedian also notes that in light of a surge in anti-Asian hate crimes, she's felt closer to her community and motivated to push for better inclusivity.

Even with such a strong roster of titles to come, Cola is just warming up. The 32-year-old shares that she's ready to be a household name and working toward a comedy special. "There are some things in the works. But I really hope to have a comedy special by the end of this year, at least," she firmly shares. You heard it here first.