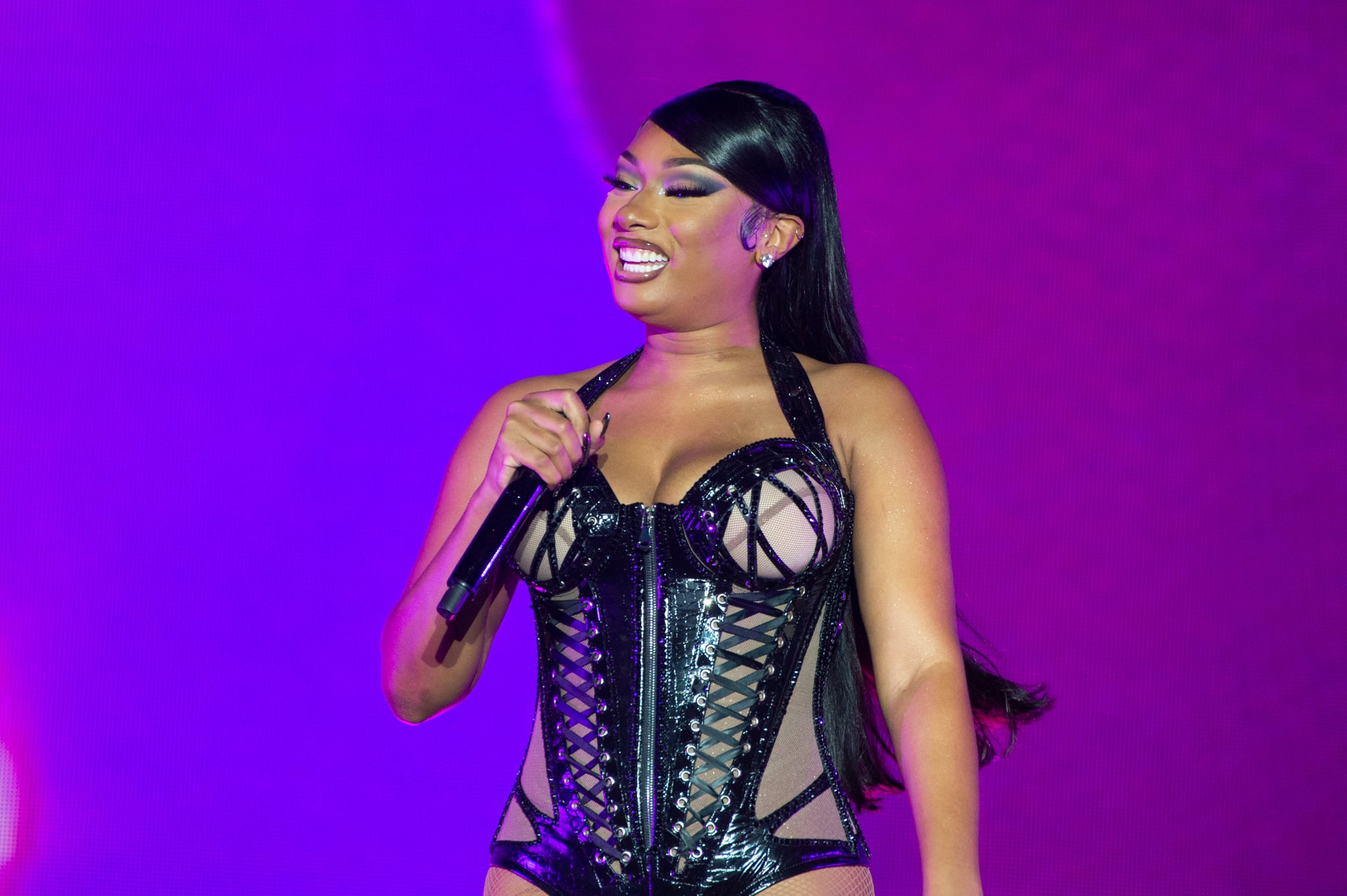 Megan Thee Stallion has been navigating fame on her own ever since the deaths of her mother and grandmother back-to-back in 2019. Though the "Traumazine" rapper has previously opened up about losing her family — including her father who died when she was 15 years old — she got candid about her fondest memories with her late parents in a new interview with The Cut, published on Aug. 29.

"I had the coolest parents in the world and I just wanted to be a good mix of both of them, and I feel like I am."

In her profile story, Megan talked about juggling success while parenting herself and recalled the days when her mom, Holly "Holly-Wood" Thomas — who was also a rapper — helped manage her career. "Me and my mom had this good-cop, bad-cop thing going on," she told The Cut of how they would handle industry meetings. "So she would come in the room like, 'This what we ain't doing. F*ck that.' And I'd be like, 'Okay, so, guys, she means . . ,'" Megan added, acting out a nicer attitude. "But now I don't have the luxury of having somebody who could be my bad cop. Now I have to be both."

Related:
Megan Thee Stallion Wanted to "Be Perfect" Before She Rapped in Front of Her Mother

Before she pursued a professional rap career, Megan revealed that she initially hid her musical passion from her parents out of fear that they wouldn't approve of it. "He always believed I was going to be somebody," she said of her father in her interview, whom she noted long thought she'd be a model one day. Of her mother, Megan added: "I didn't tell her I wanted to rap. I kept it to myself. But I was in the corner studying her."

Obviously, Megan's mother eventually learned about her immense talent, and even though she's no longer with her physically after losing a battle with brain cancer, the "Her" rapper shared that she still concerns herself with making both her parents proud. "I had the coolest parents in the world and I just wanted to be a good mix of both of them, and I feel like I am," she said. "That's what keeps me going, keeps me inspired: How can I impress them today?"

Gossip Girl
The "Gossip Girl" Cast on Monet's Mean Girl Takeover in Season 2: "[She] Really Has Her Time to Shine"
by Njera Perkins 4 days ago