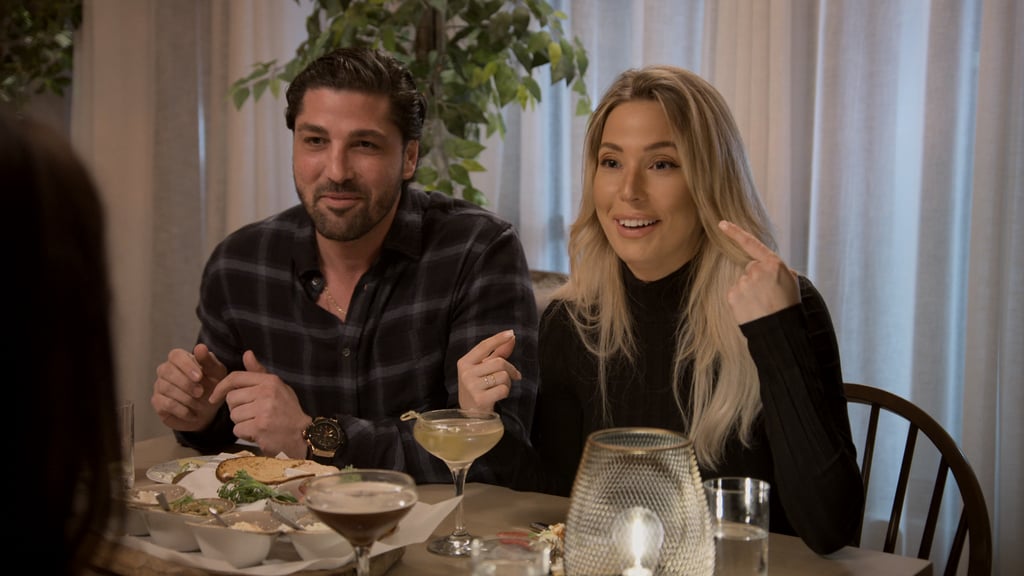 "Love Is Blind" star Shaina Hurley may not have found romance on season two of the Netflix series, but she did end up getting her happily ever after. After her breakup with costar Kyle Abrams, Hurley started dating her now-husband, Christos Lardakis, shortly after filming wrapped in spring 2021. Fast forward a year later, and the two are enjoying marital bliss after tying the knot in July.

Viewers finally got a chance to formally meet Hurley's beau during "Love Is Blind: After the Altar" season two, which premiered on Sept. 16. But after the reality-TV star revealed their relationship during the season two reunion, some are wondering when exactly they first got together (apparently, they knew each other before Hurley appeared on "Love Is Blind").

Hurley and Lardakis tell POPSUGAR it's a "weird story" of how they met. "Love is definitely blind," Lardakis jokes, "because one of my colleagues was FaceTiming with her, who was about five, six feet away from me. And I heard her voice from the phone." "My annoying voice," Hurley jokingly adds. Her husband says: "Listening some more . . . I was able to see who he was talking to, but it was her voice that [first] drew me to her."

Hurley confirms the two met over FaceTime, though they didn't exactly see each other's faces yet. "He had went to Greece for three weeks, so we built an emotional foundation first," she says. "Then he came back . . . long story short, he just was not in a place to date. He was going through a lot . . . [and] wasn't able to give me what I wanted."

Hurley shares it wasn't until a few months later and after "Love Is Blind" wrapped filming that the two were able to rekindle their spark at a mutual friend's wedding in Greece at the end of July 2021. "I saw her and I was like, 'Wow, what an idiot I was' . . . Just being there and seeing her, I think that connection that we once had came right back," Lardakis says. "It was so natural."

Hurley admits she doesn't know if she and Lardakis would be together had she not gone on "Love Is Blind." After a couple of months of dating, the two say they quickly got engaged and then "raced to get married." Ahead, read more about Hurley and Lardakis's whirlwind romance.