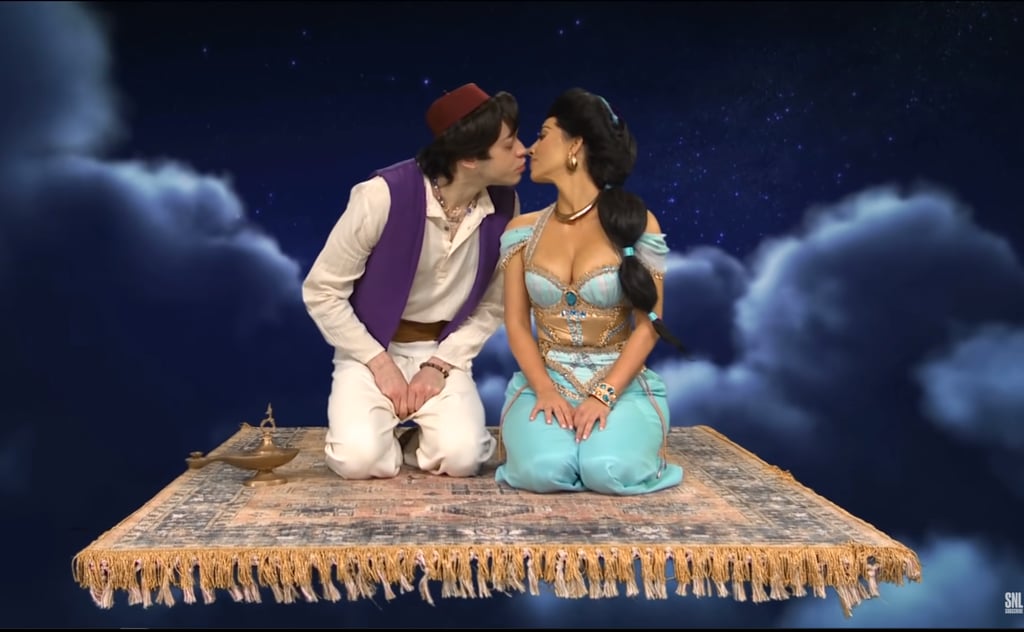 Since Kim Kardashian and Pete Davidson were linked back in October 2021, the two have taken the internet by storm — even with the end of their romance. The relationship between Kardashian and Davidson definitely left some scratching their heads at first, but the two quickly became one of the most talked-about celebrity couples. Unfortunately, that reportedly came to an end in August, when multiple outlets confirmed their split due to demanding schedules and trying to make a long-distance romance work.

In the past, the "Saturday Night Live" comedian had been linked with Ariana Grande, Kate Beckinsale, and Margaret Qualley, while Kardashian is most known for her marriage to Kanye West.

The pair's unlikely romance came months after Kardashian filed for divorce from West in February 2021. While Kardashian and Davidson arguably come from different worlds, their connection was seemingly strong, and the two had been living their best lives as a couple for nine months (even though Kardashian only made things Instagram official in March). From their onscreen kiss on "SNL" to the beef with West, here's a complete timeline of Kardashian and Davidson's officially short-lived relationship.