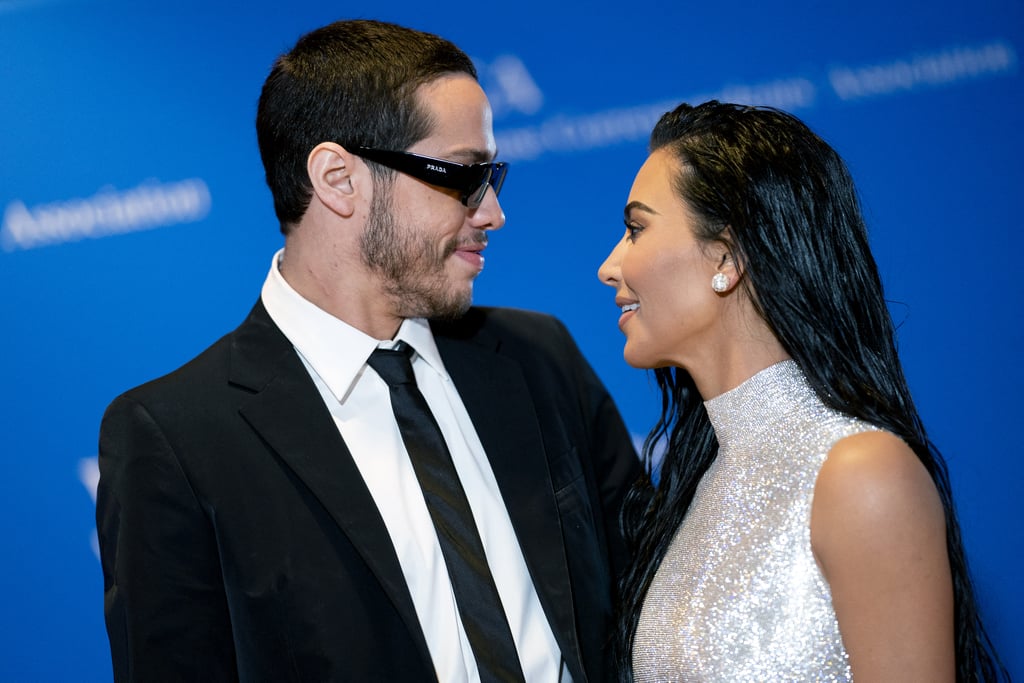 Kim Kardashian and Pete Davidson have had fans buzzing about their unexpected, blossoming romance since they first sparked dating rumors. From their chill nights at home and romantic dinner dates to their trip to the Bahamas and recent red carpet debut, things seem to be heating up between them.

It's still unclear when Kardashian and Davidson officially began dating, but according to E! News, the two reconnected following the reality TV star's hosting stint on "Saturday Night Live" in October. "They are really happy and seeing where it goes," a source told the outlet, noting that they are "casually dating." Before "SNL," the two initially met at the 2021 Met Gala, which Kardashian clarified on the "Not Skinny but Not Fat" podcast in April.

Despite their recent public outings together, Kardashian and Davidson's romance is still a mystery. It doesn't seem like season one of "The Kardashians" will include any scenes of the two together, but Kardashian isn't opposed to having him on the Hulu series in the future. "I think I might film something really exciting coming, but it wouldn't be for this season," she told Variety in her family's March cover story.

Neither Kim nor Pete has said too much about their romance publicly, but at this point, their photos pretty much speak for themselves. Guess we'll just have to wait and see where they pop up next (perhaps the Met Gala?).