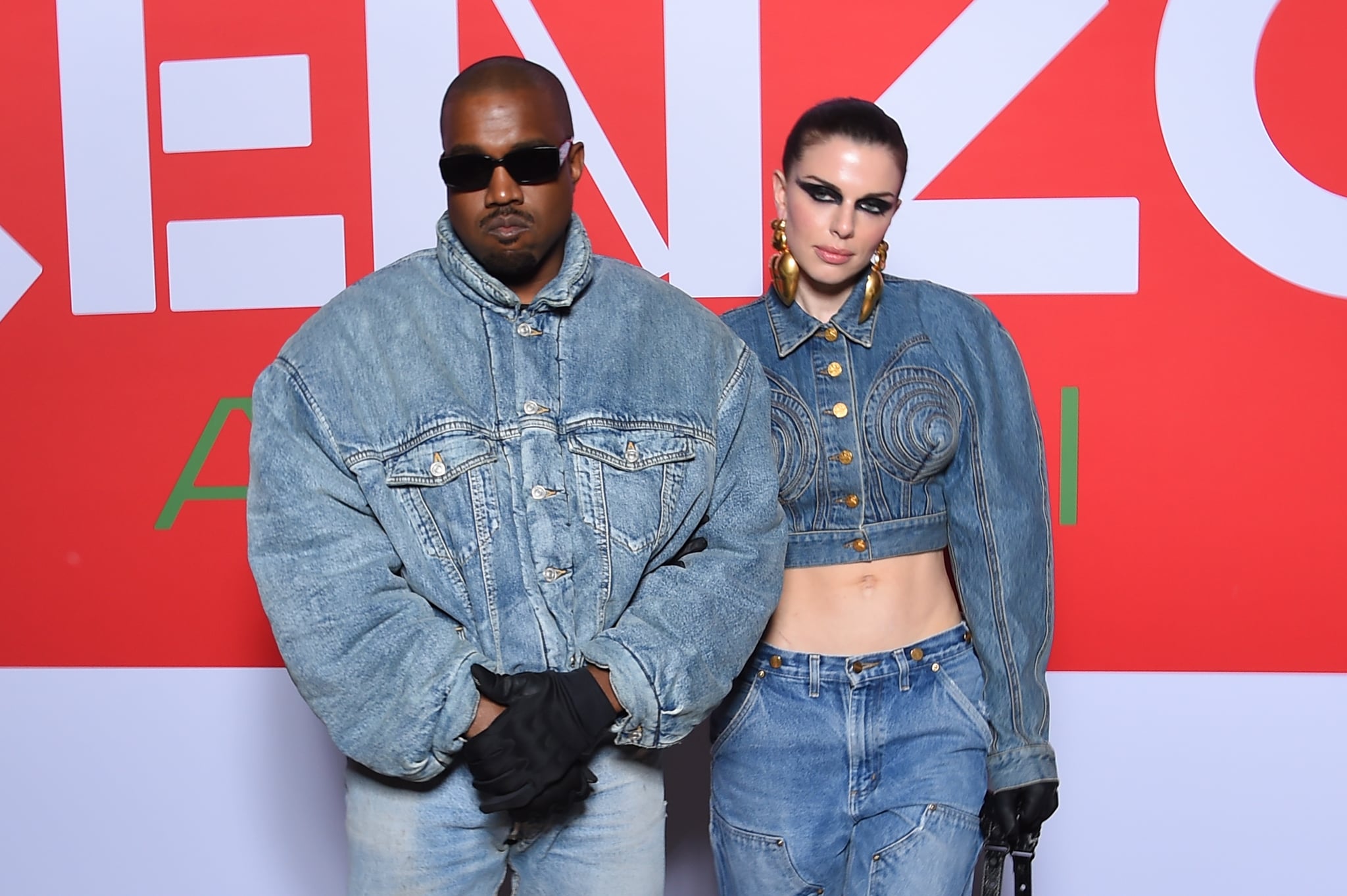 Kanye West and Julia Fox flamed out fast: the couple have broken up after a whirlwind two-month romance that spawned headlines and many matching outfits. Fox's representative confirmed the news to Us Weekly on Feb. 14. The statement read, "Julia and Kanye remain good friends and collaborators but they are no longer together."

When rumors of the breakup first hit, Fox responded to a Daily Mail headline that alleged she had been crying at the airport after wiping her Instagram feed of photos with West. Fox wrote, "I haven't cried since 1997 and I especially wouldn't cry over THIS!!" She said her distressed look was over being "late for a plane to go see the only men that matter which is my son and my dad."

West and Fox first met on New Year's Eve, and on Jan. 1, the two were spotted dining together at Carbone in Miami. Days later, the 44-year-old rapper and the 32-year-old actor appeared in New York City to attend Jeremy O. Harris's "Slave Play" on Broadway, followed by another Carbone dinner. Fox later detailed their courtship in an essay and photo diary for Interview. "Everything with us has been so organic," she wrote. "I don't know where things are headed but if this is any indication of the future I'm loving the ride."

West and Fox attended Paris Fashion Week together in late January. Around that same time, Fox sealed the relationship, as celebrities do, with a cumbersome couple nickname: Juliye. Then, for Fox's birthday in early February, the couple celebrated at trendy New York City bistro Lucien, where West gifted Hermès Birkins to Fox and her friends.

Amid reports the couple were in an open relationship, Fox said in a "Call Her Daddy" podcast interview released on Feb. 9, "I call him my boyfriend and he calls me his girlfriend." Undoubtedly complicating matters, however, were West's pleas of reconciliation with his estranged wife, Kim Kardashian, who's currently dating Pete Davidson. Leading up to his appearance at the Super Bowl on Feb. 13, West mocked Davidson with fan-made memes and asked Kardashian to reunite their family in various caps-lock captions.

When asked on "Call Her Daddy" about West's insistence on getting back together with Kardashian, Fox said, "I don't want to ever step out of line and speak on something that I have no place speaking on." Fox added that she didn't, however, harbor feelings of jealousy, as one might imagine: "It's human, you know, but I also like to know that he's with me now."

West and Kardashian were married for six years and had four children before Kardashian filed for divorce in February 2021. Though the separation was initially amicable, West recently criticized Kardashian for allowing their 8-year-old daughter, North, on TikTok. Kardashian responded with a statement insisting she was supervising their daughter's use of the app. She added, "Divorce is difficult enough on our children and Kanye's obsession with trying to control and manipulate our situation so negatively and publicly is only causing further pain for all."

Fox, meanwhile, shares a 1-year-old son, Valentino, with her ex-husband, Peter Artemiev. Fox and Artemiev married in 2018 but filed for divorce two years later. "We're friendly, but we're not together," Fox told GQ in May 2020. "He's still my friend. I'm sure he would like it to be more, but it's not happening." Fox later slammed Artemiev in a series of Instagram Stories shared in December 2021 and accused him of being a "dead beat dad."

Keke Palmer
Keke Palmer Reveals the Best Sex Advice She Ever Received: "Start With Pleasing Yourself"
by Chanel Vargas 5 days ago

Celebrity News
Melanie Martin Honors Aaron Carter on Son's First Birthday: "Going to Be a Tough One"
by Chanel Vargas 5 days ago