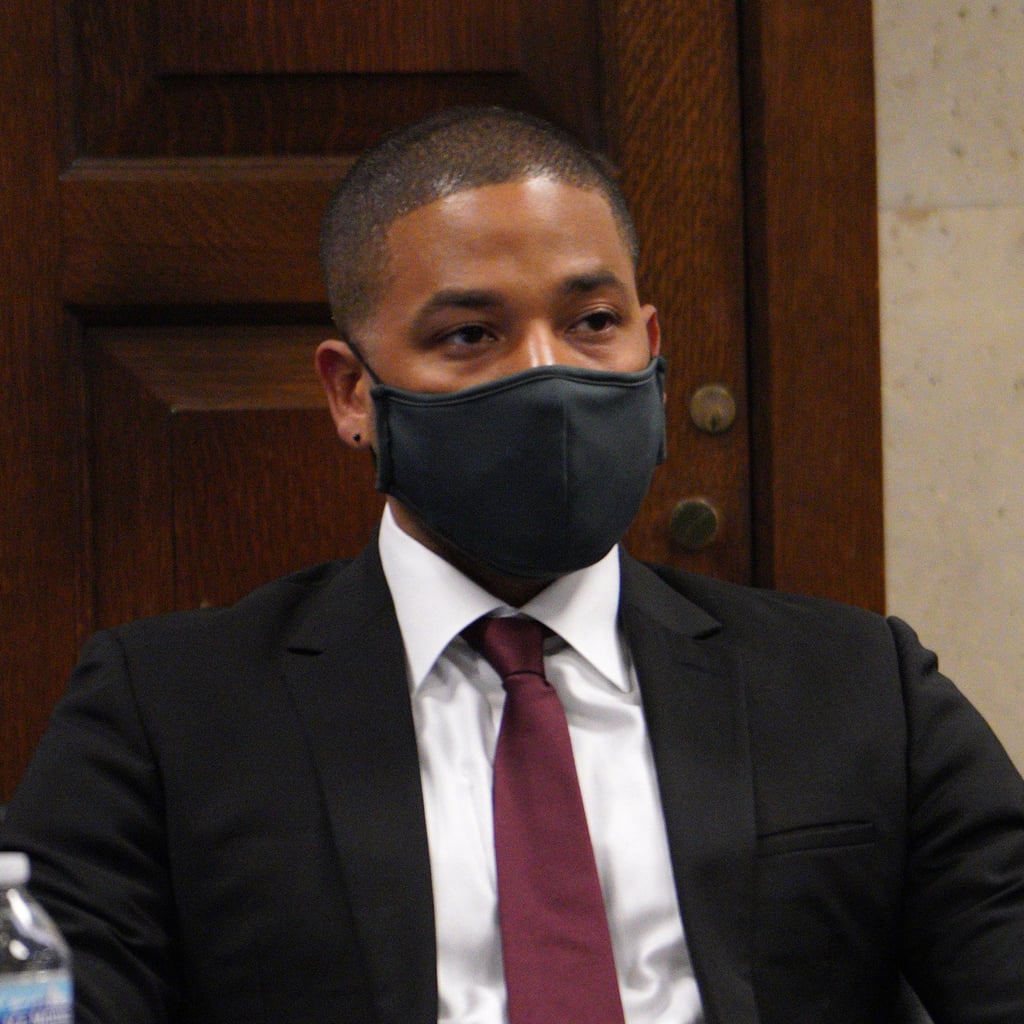 Jussie Smollett was released from jail on March 16 after receiving time for staging an apparent hate crime against himself and filing a false police report. On Thursday, March 10, Cook County Judge James Linn sentenced the former "Empire" star to 150 days in county jail and 30 months of felony probation after a Chicago jury found him guilty of five counts of disorderly conduct, "People" confirmed. Additionally, the actor was mandated to pay $120,106 in restitution and a fine of $25,000 for his involvement in the January 2019 incident, per "People."

The actor was released less than a week after entering the county jail after an Illinois appellate court ordered his exit amid his pending appeal, according to the "New York Times." Smollett had to pay a $150,000 recognizance bond, per the outlet. The actor's attorney Nenye Uche said in an Instagram video posted to Smollett's account, "They released him and that says a lot about what the appellate court thinks of this case." In the caption, he added, "A huge win in what will be a longer road ahead. Thank you so much to everyone who's shared and posted."

On Jan. 29, 2019, Smollett claimed two men attacked him on his way home. The actor alleged that the masked men, since identified as Abimbola "Bola" and Olabinjo "Ola" Osundairo, called him racist and homophobic slurs during the attack, put a rope around his neck, and doused him with bleach. Per prosecutors, Smollett paid the brothers $3,500 to carry out the assault, "People" reported. During the sentencing on Thursday, Judge Linn told the actor, "You threw a national pity party for yourself. You wanted to make yourself more famous, and for a while, it worked."

Following his sentencing, Smollett told the courts, "I did not do this and I am not suicidal, and if anything happens to me when I go [to jail], I didn't do it to myself and you must all remember that," per the New York Times. His attorney Uche added, "Why are we jumping up and down and acting like this is a murder case? It's not."

His release follows public support from his siblings. On March 12, Smollett's brother Jocqui Smollett shared via the actor's Instagram account, which is being run by the Smollett family, that he's currently in a psych ward at the Cook County Jail. "What's very concerning is that there was a note attached to his paperwork today saying that he's at risk of self-harm," Jocqui says in a video. "I want to make it clear that he is in no way, shape, or form at risk of self-harm. He wants to let folks know that he is very stable, he is very strong, he is very healthy . . . This is complete lack of justice. So please, make sure you all spreading facts. We really need our people to support us."

He went on to urge people to tag the Cook County Jail in their #FreeJussie posts after thanking followers for their ongoing support and prayers. You can watch Jocqui's video in full ahead.

Just a few hours later, Smollett's sister Jurnee Smollett voiced her support for the actor, posting an image via Instagram with "#FreeJussie" written in white text over a black background. "Black Americans are incarcerated in state prisons at nearly five times the rate of White Americans," the "Lovecraft Country" star wrote. "Jussie is innocent. And…you don't have to believe in his innocence to believe he should be free." She concluded her post with the hashtags "#FreeJussie" and "#StopLockingUpOurPeople."

The actor was first arrested in February 2019 and indicted on 16 counts of disorderly conduct for allegedly filing a false police report in March 2019. The charges were dropped suddenly at the end of that month. In early 2020, Smollett's case was revived by special prosecutor Dan Webb.

Smollett's reps declined POPSUGAR's request for comment. His attorney did not immediately respond.

Keke Palmer
Keke Palmer Reveals the Best Sex Advice She Ever Received: "Start With Pleasing Yourself"
by Chanel Vargas 4 days ago