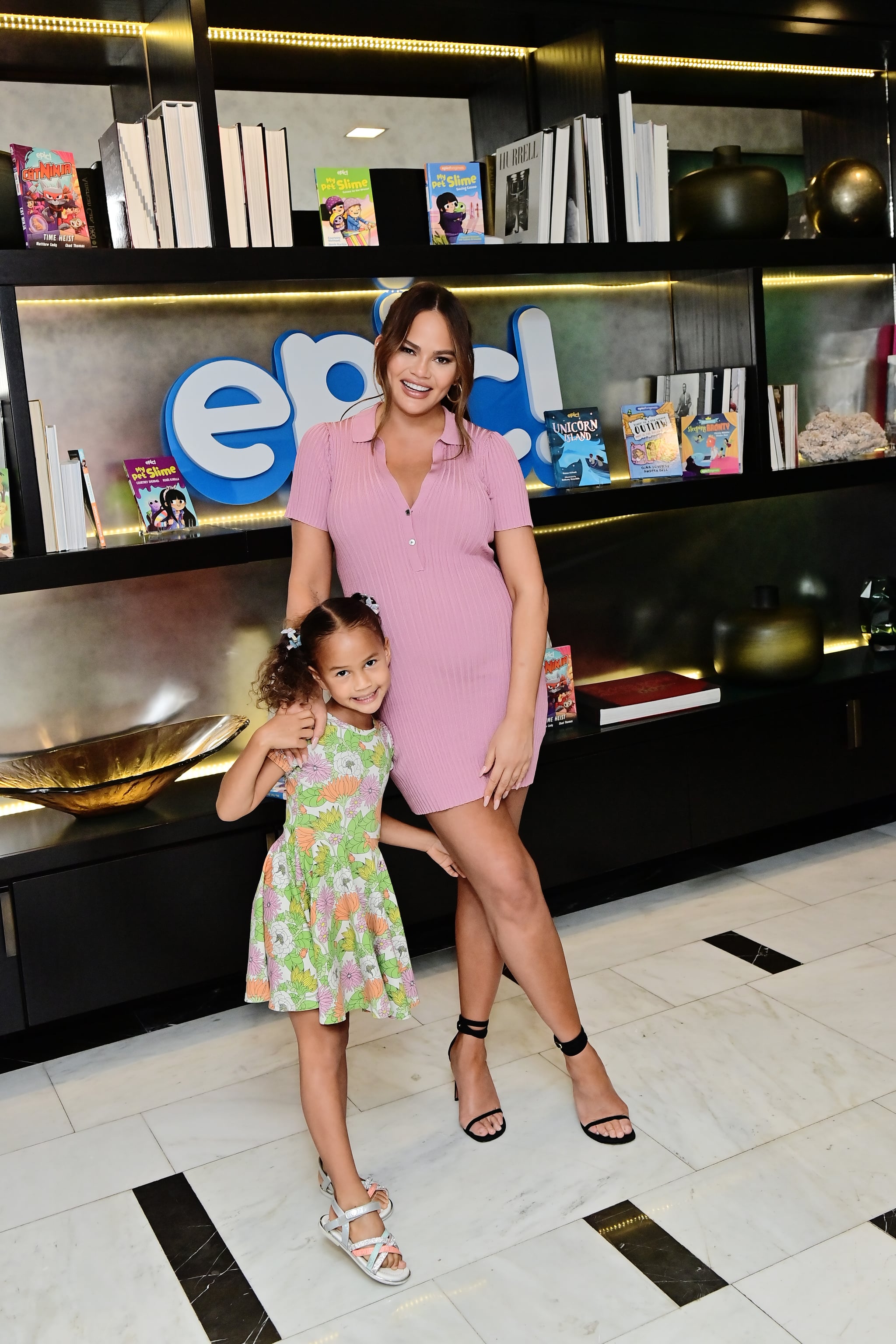 Luna, 6, and Miles, 4, didn't have to wait long to find out they have a little sibling on the way. In a recent interview with People, Chrissy Teigen revealed she and husband John Legend shared the news with their kids that they are expecting as soon as they found out. For the "Cravings" cookbook author, it was important to share how the IVF process works with her children.

"Since we did IVF [in-vitro fertilization] we knew probably nine days after we did the transfer that it had worked and we were pregnant," she told the publication. "I told them very, very early."

Teigen went on to share that Miles and Luna are "very, very excited" about having a baby sibling. She added, "They've been excited for a long time. I feel like this is going to be the longest pregnancy to them because they've known since the day. But they've been really very excited."

Part of telling the kids she's expecting involved explaining the IVF process in a way her children could understand. "They knew that I was going in for the transfer, that we were going to go in and put this egg inside Mommy's belly," she explained. "So they knew from the very, very beginning, and they knew there was a chance it might not work because that's happened before."

In September 2020, Teigen had to undergo a life-saving abortion while she was pregnant with her third child, Jack. Recently, Teigen shared that it took her more than a year to accept that she'd had an abortion. "Let's just call it what it was: It was an abortion," she said at a social-impact summit hosted by Propper Daley on Sept. 15, according to The Hollywood Reporter. "An abortion to save my life for a baby that had absolutely no chance. And to be honest, I never, ever put that together until, actually, a few months ago."

While Teigen and Legend shared their baby news with their kids early on in the pregnancy, they were much more cautions about revealing they are expecting with the rest of the world. The cookbook author admitted in her pregnancy announcement on Instagram that she was nervous to share the news of her rainbow baby with the world.

"The last few years have been a blur of emotions to say the least, but joy has filled our home and hearts again," she wrote in part on Aug. 3. "1 billion shots later (in the leg lately, as u can see!) we have another on the way. Every appointment I've said to myself, 'ok if it's healthy today I'll announce' but then I breathe a sigh of relief to hear a heartbeat and decide I'm just too nervous still. I don't think I'll ever walk out of an appointment with more excitement than nerves but so far, everything is perfect and beautiful and I'm feeling hopeful and amazing."