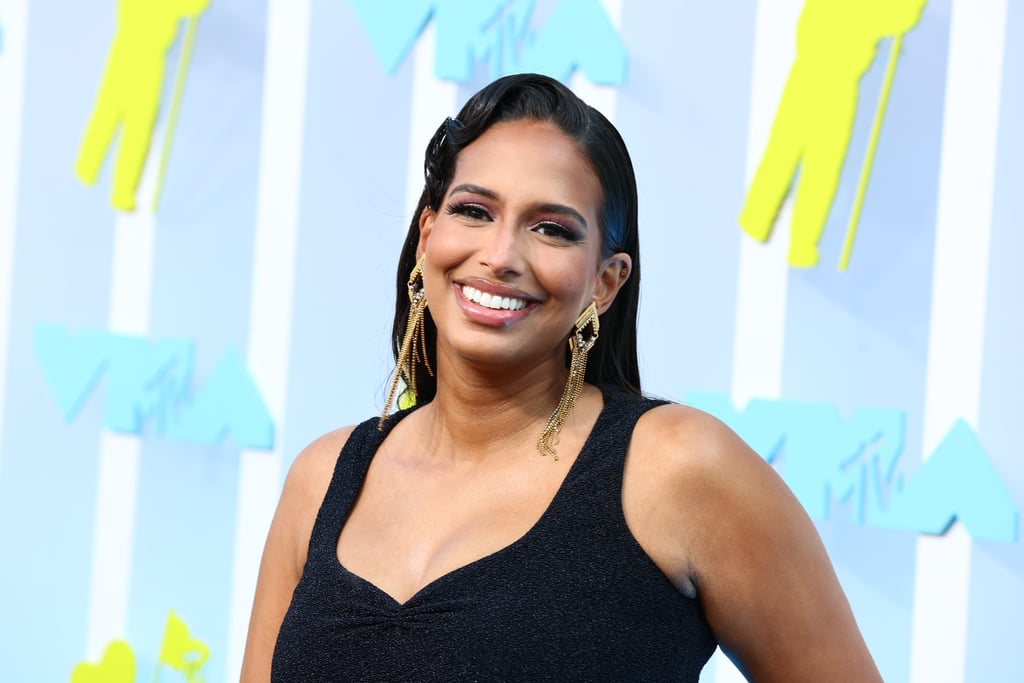 New Mom Nessa Gets Parenting Advice From DJ Khaled at the VMAs: "Your World's Going to Change"

Nessa and Colin Kaepernick are basking in their new roles as parents after the birth of their first child. On Aug. 28, new mom Nessa stepped out for her first public appearance at the 2022 MTV VMAs since welcoming her baby, as she served as a cohost for the ceremony's preshow. During the event, the radio and TV personality interviewed DJ Khaled about his new album, "God Did," but not before the famed producer happily congratulated her on becoming a mom.

"That is your biggest blessing," he told her Sunday night. "Your world's going to change, your life's going to change." As a fellow parent, Nessa asked the father of two for his best piece of advice, to which he said, ". . . it's not about you no more — it's about your kids. And guess what, your kids is you, and God got you."

J Balvin also congratulated Nessa on her baby at the VMAs and gave her a fair warning that she's in for some sleepless nights with her newborn. "Will I ever get a good night of sleep?" the host asked Balvin, who welcomed his first child with girlfriend Valentina Ferrer in June 2021. "I don't think so," he joked. "That's why I'm wearing glasses. I don't want to show what's going on with my eyes right now."

Ahead of her VMAs appearance, Nessa announced that she gave birth to her and Kaepernick's child a few weeks ago and posted a sweet photo of the family of three on Instagram. "I thought long and hard about sharing our life changing news today. I decided to do so because today is the first day in a few weeks where I stepped out for work with a new life title - MOM!" she captioned her post. ". . . My world has gotten that much bigger thanks to our sweet little baby who has shown me how to love in ways I never knew. Thank you everyone for your support as always."

See more photos of Nessa at the VMAs ahead.