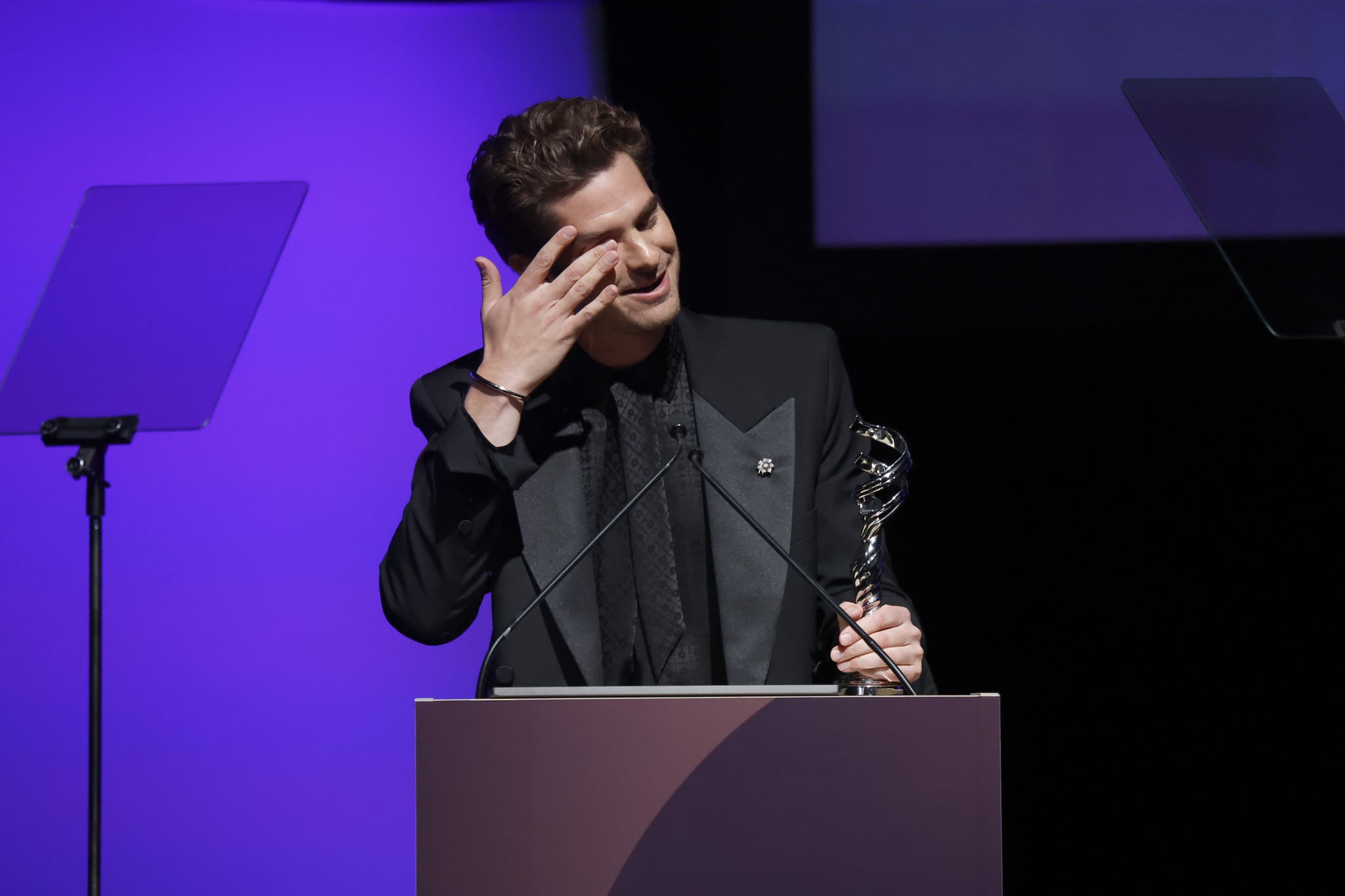 Andrew Garfield continues to receive praise for his work on the big screen. On Wednesday night, the actor attended the 2022 Costume Designers Guild Awards in Los Angeles where he was honored with the Spotlight Award for his "Tick, Tick... BOOM!" portrayal of Jonathan Larson.

Judith Light, who appears in the film as Larson's agent, Rosa Stevens, presented Garfield the award, sending him into tears. As he took the podium for his acceptance speech, Garfield joked about being angered because Light made him cry. "To be honored by the angel on Earth that is Judith Light is a moment that will keep me going for the next 30 years," he said through tears.

"I'm just so surprisingly overwhelmed and touched to be in this room with my community and so many collaborators that I love and I value," Garfield said, addressing the audience. "I feel like the luckiest, most fortunate actor alive. You've given me a big task to not get big-headed after tonight, and I promise you I'll do my best to pop the bubble when I get home because I want to just keep working and I want to keep collaborating and serving something greater with you all. Thank you for your art, thank you for your hearts and for your generosity. I hope we get to just keep creating together."

"Tick, Tick... BOOM!" has brought even more critical acclaim for the already-established actor. In January, the film earned Garfield his first Golden Globe. He was also nominated for best actor at the 2022 SAG Awards, although he lost out to Will Smith for "King Richard," and he's nominated at the upcoming Oscars on March 27.