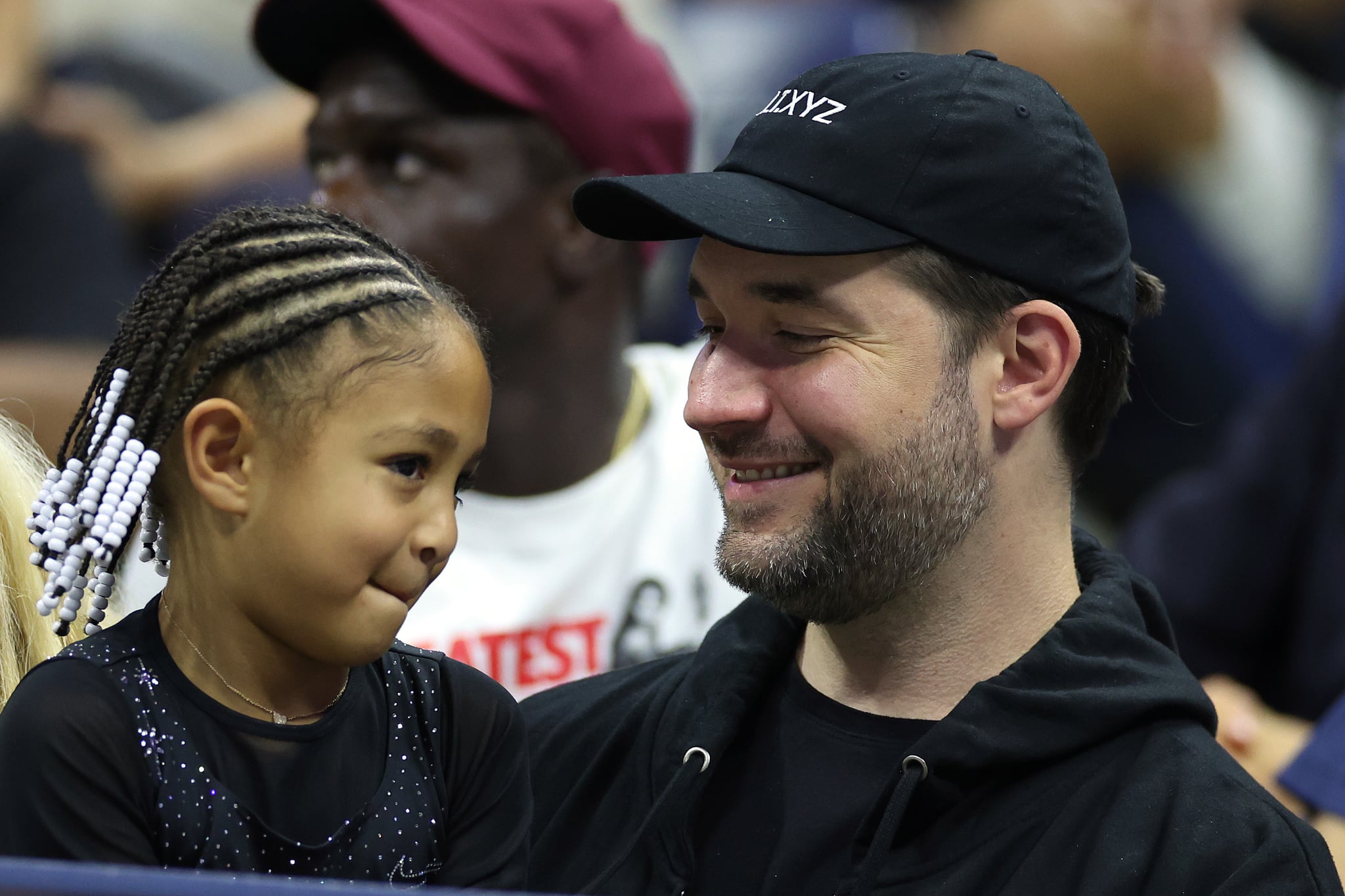 Little Olympia Ohanian is officially 5! On Friday, Sept. 2, her proud dad, Alexis Ohanian, shared a special tribute to his and Serena Williams's daughter on Instagram alongside two recent photos of them sharing daddy–daughter time (and a video of her planting smooches on his cheek). Olympia and her dad have been busy cheering on Williams at the US Open all week, but the Reddit founder made sure to take time out to celebrate his daughter's special day, too.

In his sweet tribute, Ohanian noted that he and Olympia attended "a very memorable 'caking' session" at Milk Bar in New York City, while also sharing all the ways his daughter has changed his and Williams's lives for the better since she was born. "How are you already 5️⃣ @olympiaohanian ??" he wrote on Instagram. "I love you more every single day, you've made me a better man, and I'm so grateful your mama brought you into this world 💪 I'm gonna Uppy you forever!"

Ohanian didn't just share a tribute to Olympia on social media — he turned his daughter's recent courtside moment into a T-shirt. During Williams's third-round match on Friday, Ohanian was spotted wearing a shirt featuring a photo of the 5-year-old supporting her mom at a match on Monday. In the photo, Olympia appears to be shouting and pointing at the court.

The look immediately caught the attention of the famous family's many fans, but Ohanian tweeted the shirt wasn't going to be produced for sale. When @JustWomensSports tweeted to ask where they could find one of the T-shirts, he responded, "1 of 1."

As for Williams, she recently told Time that one of the reasons why she's stepping away from tennis now is for her daughter, who doesn't understand why her mom's legendary career takes her away from home so much. "Olympia doesn't like when I play tennis," she explained, adding that her 5-year-old was excited to hear Williams is stepping back from the sport for now. "That kind of makes me sad. And brings anxiety to my heart," she said. "It's hard to completely commit when your flesh and blood is saying, Aw."

One day, Olympia will fully understand just how incredible her mom's career has been, but for now it sounds like her fifth birthday will be her best one yet: not only did she get Milk Bar cake and a T-shirt tribute from her dad, she also has plenty of quality time with Williams on the horizon.