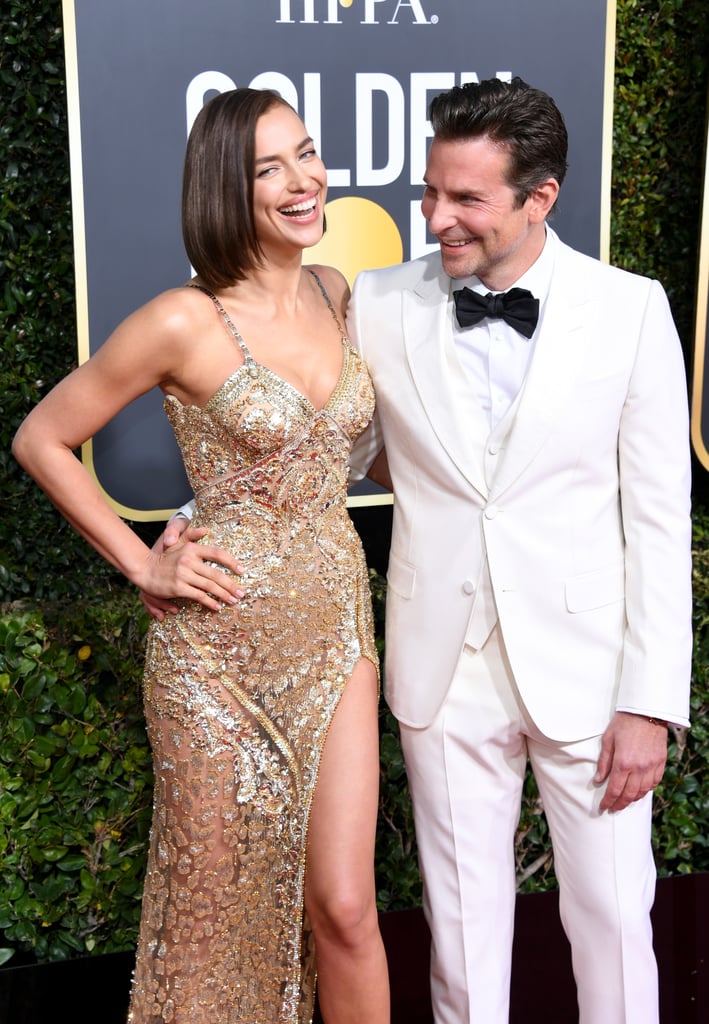 Bradley Cooper and Irina Shayk rarely hit the red carpet together, but when they do, boy do they look damn good. Following their appearance at the Palm Springs Film Awards last week, the couple had an ultraglam date night at the Golden Globes on Sunday. The 44-year-old actor cut a suave figure in an all white tux, while the 33-year-old model looked sexy in a gold sparkly gown. The pair turned up the heat on the red carpet as they held hands and exchanged loving glances.

Bradley and Irina have been dating since 2015 and welcomed a baby girl named Lea in April 2017. Given that Bradley's film, A Star Is Born, with Lady Gaga was nominated for not one but five awards, it makes sense that Irina stepped out to support her man.