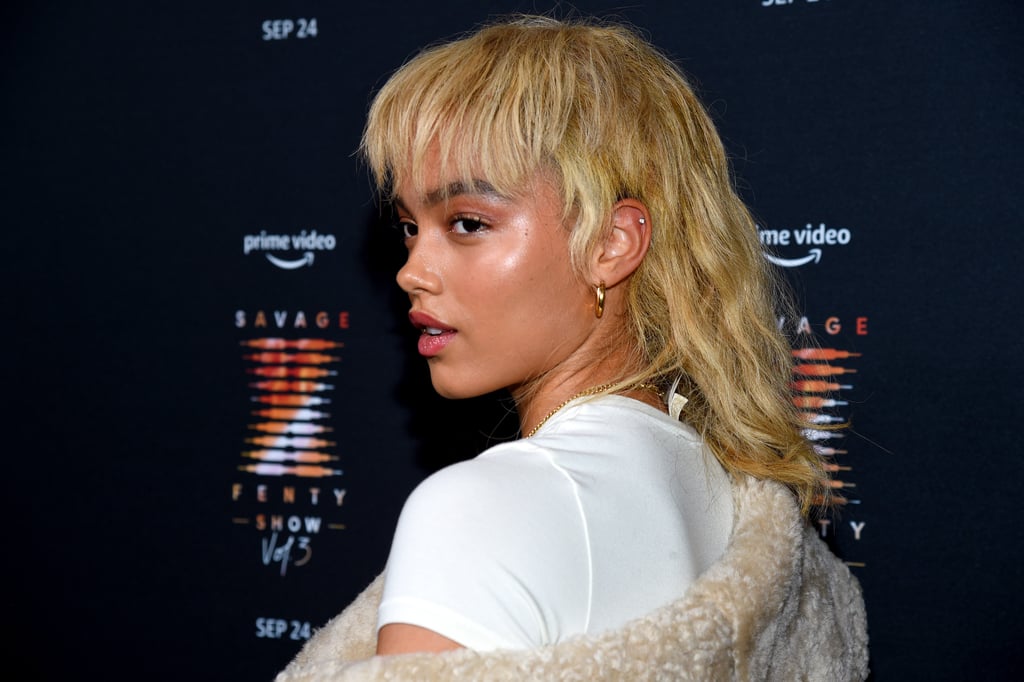 Whitney Peak is here to pay homage to the woman of the night. On Sept. 22, the Gossip Girl star attended the Savage X Fenty Volume 3 premiere in New York City rocking a blond mullet that resembled one of Rihanna's favorite hairstyles. It's not an entirely new look for Peak, as we've seen her dabble in the mullet game before, but she turned up the volume and achieved a seriously edgy style with the new blond color. A bad gal, indeed.

It's no secret that the '80s look has made a comeback after it took over the red carpet at the recent MTV VMAs with stars like Lil Nas X, Bretman Rock, and Billie Eilish sporting the style, and Peak's new look is definitely making a statement.

See photos of her blond mullet at the Savage X Fenty premiere ahead, and make sure to check out Rihanna's third lingerie show when it airs on Prime Video on Sept. 24. You know you love it.

Related:
8 Retro Hair Trends That Are So Popular on TikTok, We Almost Forget What Year It Is
Previous Next Start Slideshow
Celebrity HairRed CarpetCelebrity BeautyHairHair TrendsHaircutsSAVAGE X FENTY