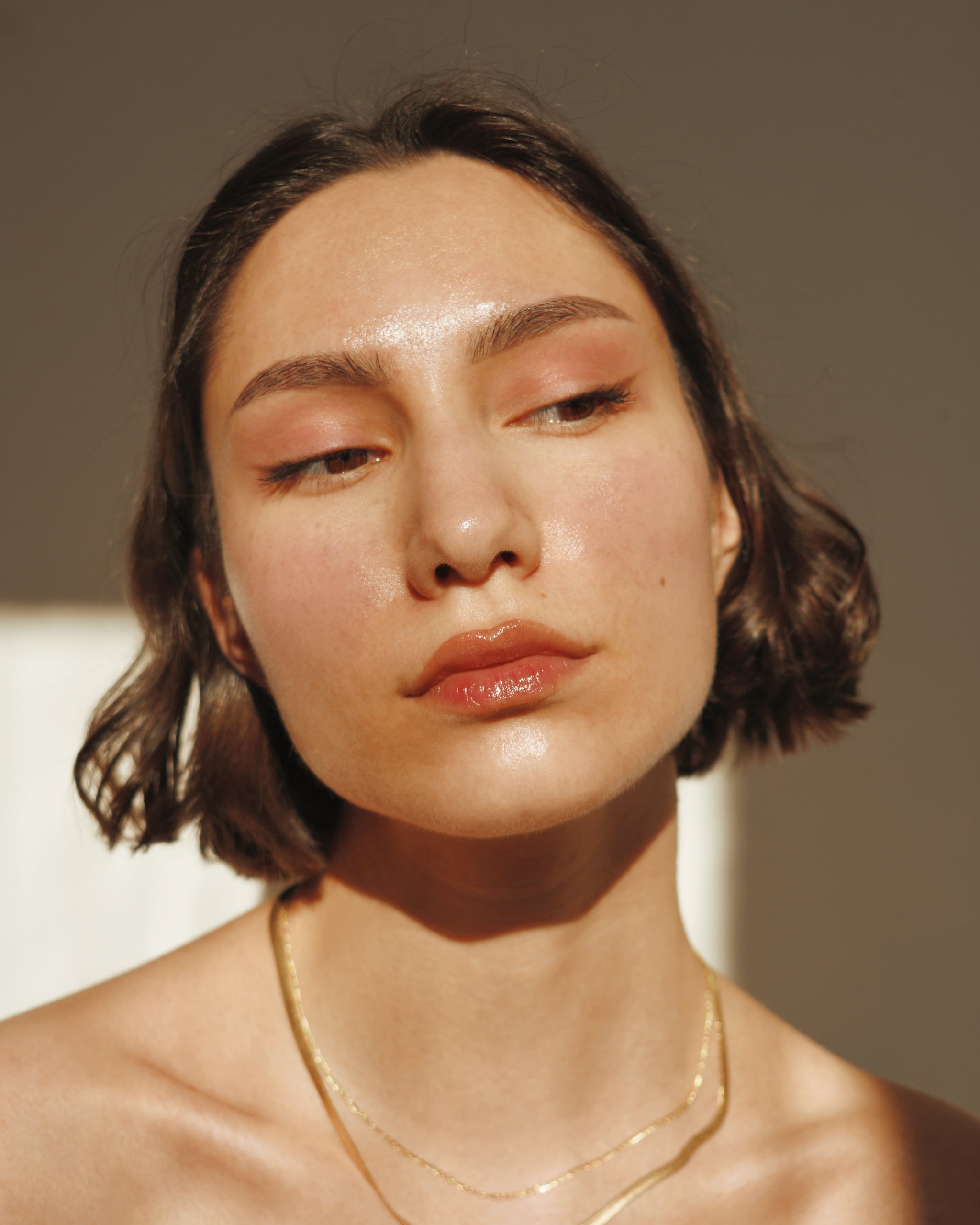 Children of the '80s and early '90s, beware — what we're about to say may be deeply upsetting: thin eyebrows are back. Yes, you read that right. The makeup trend we all swore we'd never relive has made its way back into the mainstream — and it's bringing low-rise jeans with it. Before you say absolutely not — or worse, grab your tweezers and commit wholeheartedly — we'd like to make a case for faking the look without destroying your natural brows.

First, know that this isn't the exact look of yore, according to celebrity makeup artist Melissa Hurkmam. "This is not the early-2000s brow your mind automatically runs to when I say skinny brows. This is a more realistic and softer approach to a defined, sculpted brow." (Think Kendall Jenner, Hailey Bieber, and Bella Hadid.)

Where many people went wrong with the thin-brow trend back in the '90s was altering the shape of their natural brow to fit in instead of utilizing makeup to look the part. Due to overplucking the hairs to achieve the desired stick-thin look, many people still have trouble growing in their brows to this day. With the return of the thin-brow makeup trend, you're going to want to go about it in a completely different way.

Step number one, according to celebrity eyebrow expert and brand founder Joey Healy, is to approach with caution. "If you overshape your eyebrows, it can be difficult to regrow them," Healy told POPSUGAR. Unlike changing your hairstyle or trying out a new eyeliner trend, altering your brow shape can have long-lasting effects. "There are a few ways to temporarily fake the look of thin brows without taking the plunge and tweezing away these full brows we finally grown over the last few years," said Hurkman. That's where makeup comes in.

Step 1: Comb Up Your Eyebrows, and Trim

If you have naturally fuller or thicker brows — especially if you've spent all of COVID growing them out — don't reach for the tweezers. Instead, grab some scissors.

"Comb your brows up and out, and trim off any extra length at the top of your brow," Hurkman said. Healy added: "You can really take out some of the density, making the brow feel a lot lighter, giving that thin-brow effect." Tweezing can damage the hair follicle and reduce brow growth — trimming hairs, on the other hand, doesn't alter regrowth down the road. For this, you'll want a pair of eyebrow scissors, like the Joey Healey Precision Brow Scissors ($28).

Step 2: Fill In the Tops of Your Eyebrows Only

Once you've trimmed your eyebrows, it's time to fill in the shape, but only from the top of the brow, according to Hurkman. "Don't fill in or darken the base of your brow, as this will only bring the appearance of your brow down," she said. "Along with filling in from the top, also add a tiny bit of length to the end tail of your brow, straight out to your temple." For this, we like the Benefit Cosmetics Precisely, My Brow Pencil Waterproof Eyebrow Definer ($24) or the Covergirl Easy Breezy Brow Micro-Fine+Define Brow Pencil ($9).

Next comes brow gel. "Opting for a slightly lighter shade will make the brows less impactful and sit back a little more instead of taking center stage," Healy said. "It also gives the effect of what a thin brow is: minimizing the brow." Look for a product with a variety of shade options so you can find the right fit for you, like his Brow Lacquer ($28) or the Kosas Air Brow Tinted Clean Volumizing Eyebrow Gel ($22).

Combing some gel through your eyebrows is technically the last step in the grooming routine, but to take it a bit further and really commit to the thin-brow look, you're going to want to grab some highlighter and concealer. "A highlighter is a great way to get more arch, lift, and crisp definition without removing any hair," Healy said. "It's a great way to push up the arch to open up the eye." He recommends a cream highlighter as opposed to a powder because "it has the ability to cover the hairs underneath, whereas powders do not." Try the Ilia Illuminator ($34) or the Hourglass Vanish Flash Highlighting Stick ($46).

You can also use concealer to get a similar effect. "I would use a skin colored concealer (not a shade lighter) to carve them out a little slimmer in some areas," said makeup artist Cara Lovello. Hurkman added: "With a full coverage concealer, cover the portions of your brows that are not contributing to a thinner appearance. Usually this is the base of the eyebrow and or the outer tail of the eyebrow." 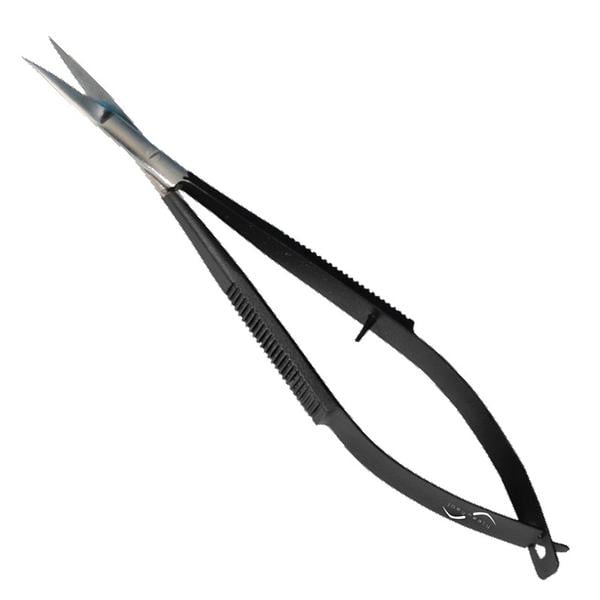 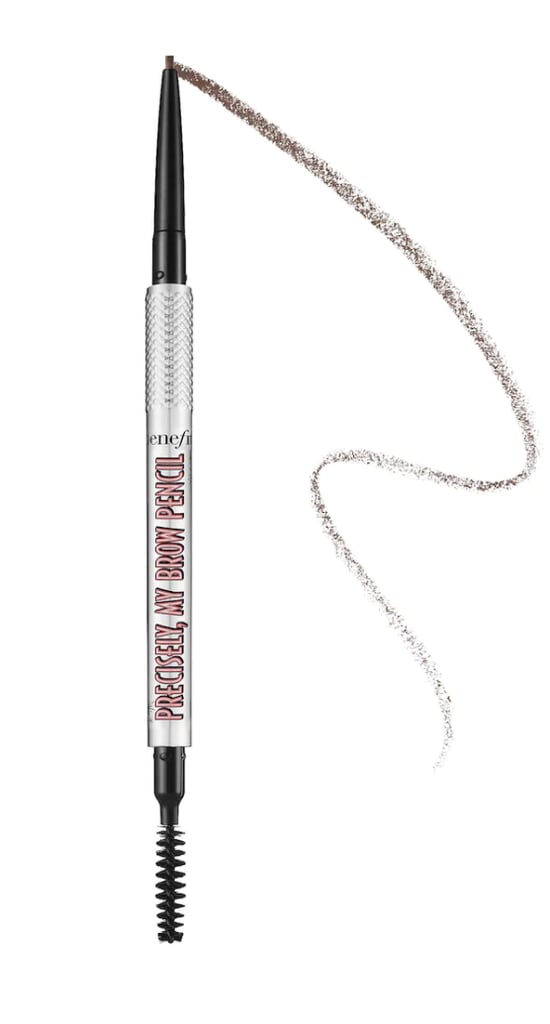 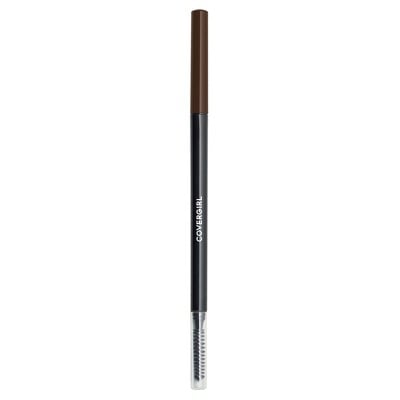 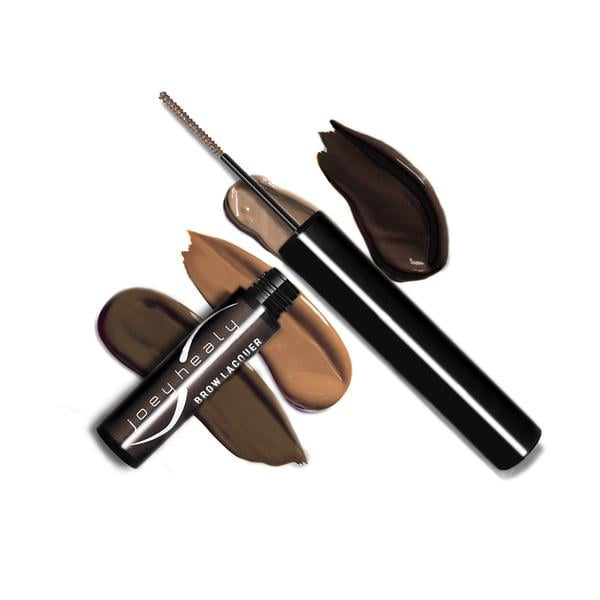 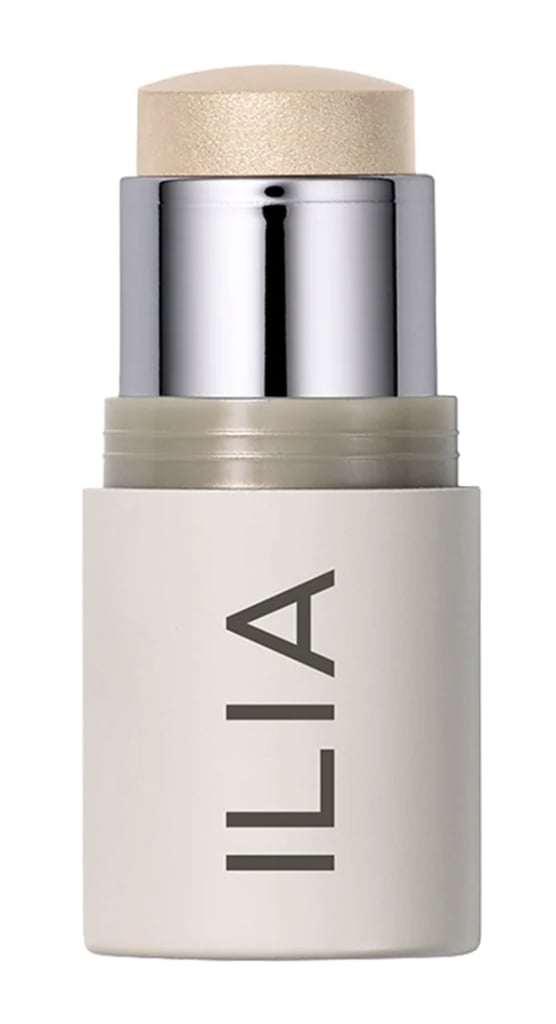 Beauty Reviews
I’ve Never Used a Lip Plumper, So I Tried This TikTok Favorite
by Ariel Baker 1 day ago

Beauty Shopping
Need Some Everyday Makeup Staples? Check Out Our 7 Faves From Smashbox
by India Yaffe 1 day ago