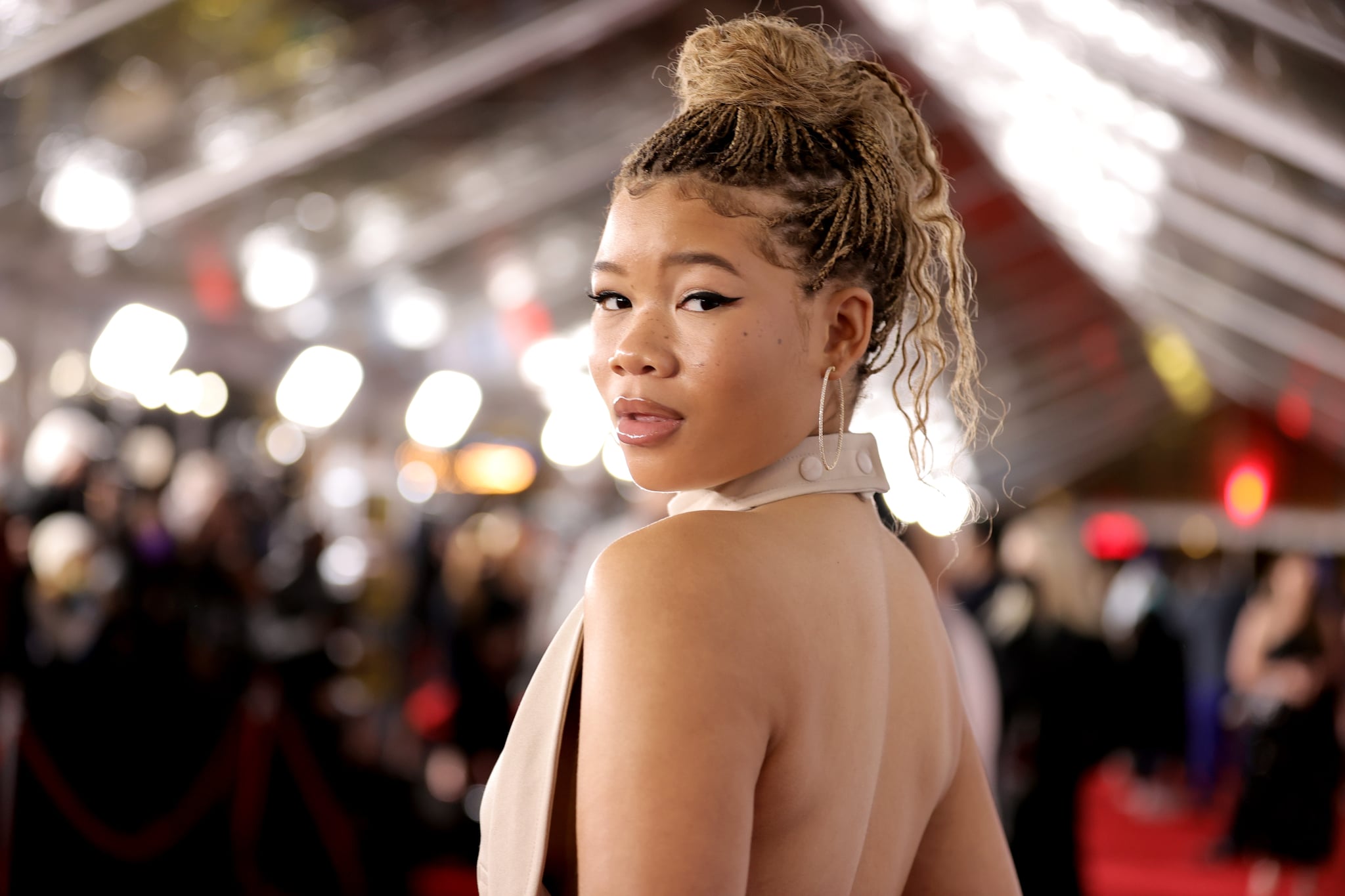 Storm Reid recently shared how she feels working on set when hairstylists don't know how to style natural hair. In an interview with "People" for her new partnership with the hair-care brand Dark & Lovely, the actor expressed that it can be hard to experiment with her beauty looks on screen for that very reason.

"It has been a struggle for me specifically on sets when it comes to the hair disparity and people not just knowing how to deal with Black hair," Reid tells the publication. "And, in a way, it feels dehumanizing . . . when it's the time for your hair to look nice and there's nobody on set to be able to help you achieve that. They really just don't understand Black hair care. It's disheartening and it's heartbreaking."

Reid previously told POPSUGAR that her relationship with her hair has been a trying one, but she's finally hit a place of appreciation and love for her texture. "It did take some time for me to really get comfortable with what my hair looks like and how it was presented to the world," she said. "I had come to realize when I got older that it's really about me and it's really about self-love and embracing what God gave me."

In the "People" interview, Reid also talks about her first experience on a movie set where the hairstylists did know what they were doing, and it was for A Wrinkle in Time with celebrity hairstylist Kim Kimble. "It changed the way I saw that we can have these Black department heads really be there and take care of you," she says. Since that moment, Reid says she's requested to have someone who's familiar with styling natural hair on every project that she works on — but it's unfortunate that she even has to do that.

Over the last couple of years, more Black actors have come forward with stories of when their hair was mishandled while working on various film and TV projects, including Monique Coleman, who plays "High School Musical"'s Taylor McKessie, who said her character's signature headbands were a quick fix for the movie's hair team being unequipped to style her hair. The lack of representation of Black hairstylists in Hollywood is problematic and needs to be rectified.