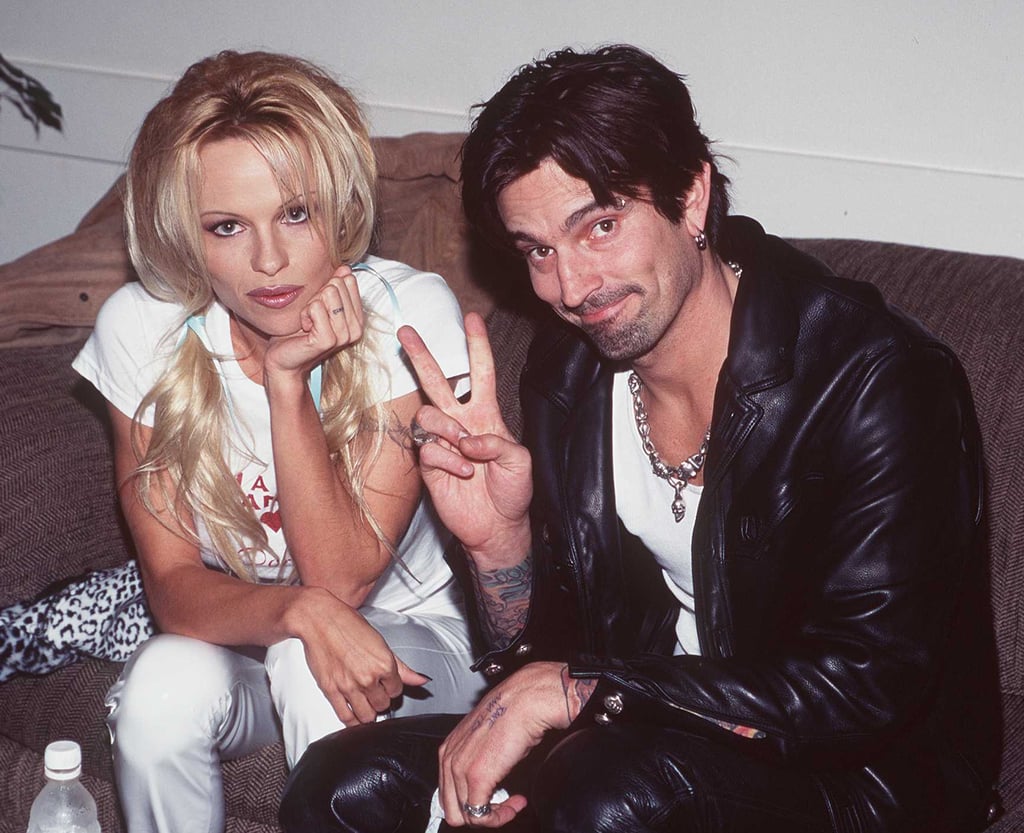 Ever since the trailer for Hulu's Pam & Tommy premiered last week, people haven't stopped talking about the uncanny resemblance between Lily James and Sebastian Stan's portrayals of Pamela Anderson and Tommy Lee. The limited series, set to premiere Feb. 2, 2022, takes viewers back to the '90s when the Baywatch superstar and the Mötley Crüe drummer fell in love, got married, and were victims of the infamous sex tape that became one of the internet's first viral videos.

Even though we've already seen behind-the-scenes photos of James and Stan in character while the show was filming this summer, this trailer showcases the similarities between the stars and their real-life inspirations on a whole new level. It's not just the acting that makes them look like actual doppelgangers, of course — it's also the retro hairstyles, '90s-inspired makeup (thin eyebrows and all), and distinctive tattoos that emulate Anderson's and Lee's looks at the time to a T.

The show's hair department head Barry Lee Moe recently told Variety that James spent roughly three to five hours in hair and makeup daily for the role, and almost everyone on set (except Stan) wore wigs to get into character. The show's makeup was led by Emmy Award-winning makeup department head David Williams — who's also worked on The Assassination of Gianni Versace: American Crime Story — so it's no wonder the looks are so spot on.

If you need a refresher on Anderson and Lee back in the day (or are just curious how the characters compare to the people they are based on), take a peek at these pictures in the slides ahead. Then watch the trailer at the end to admire the beauty looks for yourself.

by Kelsey Garcia 14 hours ago

by Victoria Edel 15 hours ago

by Alicia Geigel 16 hours ago