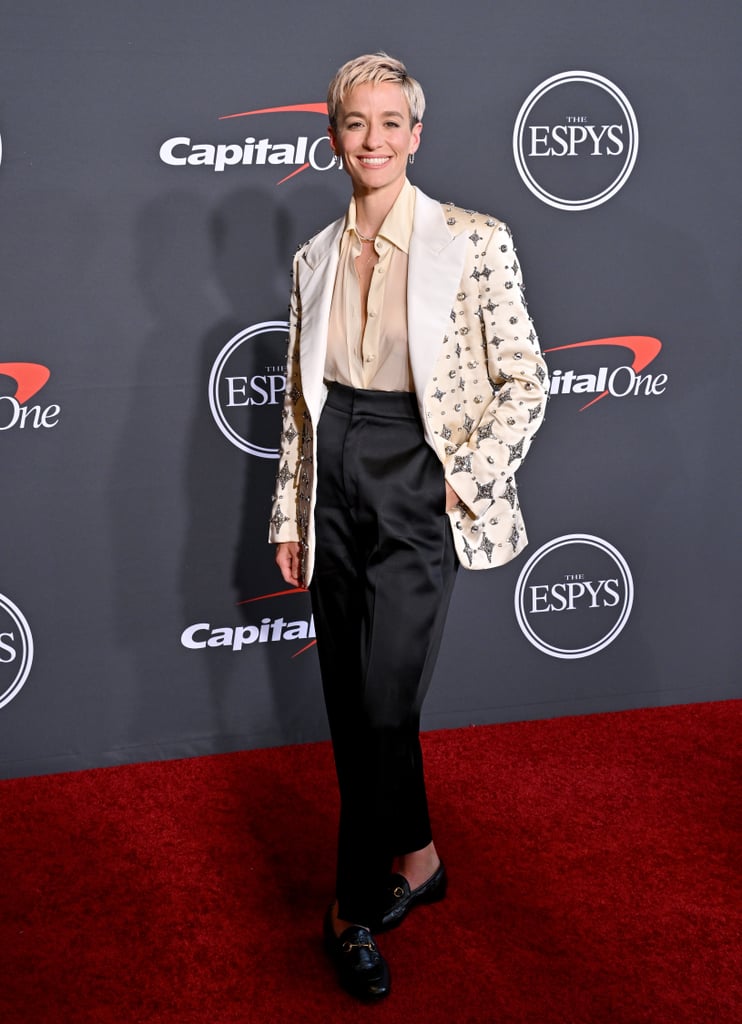 Although we've seen Rapinoe in various shades of pink before, including a bright magenta shade from celebrity hairstylist Riawna Capri, it's been a while since she's opted for a more natural-looking shade. But then again, Rapinoe isn't afraid of change. In fact, in desperate times, she even let her partner, Sue Bird, cut her hair at home with materials she bought at CVS.

While we were huge fans of the pastel-pink era, this new hair color looks glamorous and sophisticated on the red carpet and complemented Rapinoe's bejeweled look and simple diamond accessories. Of course, even with the pink hair gone, Rapinoe still found ways to honor her rebellious spirit, rocking a sheer blouse and debuting the new "1985" tattoo on her torso.

Check out the pictures ahead for a closer look at Rapinoe's new blond hair color.