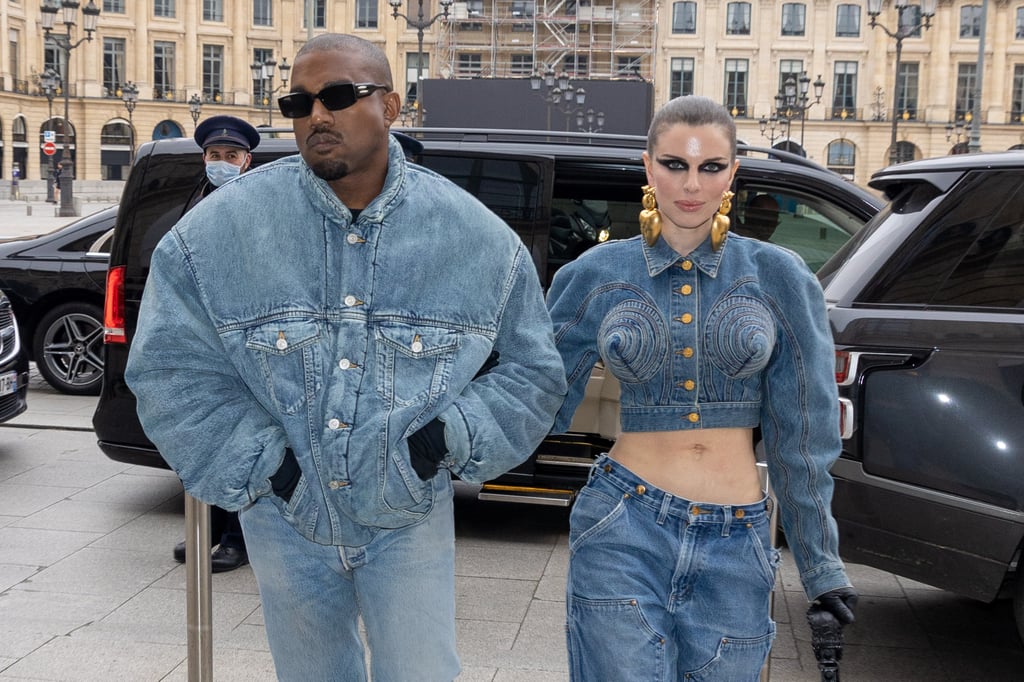 While Julia Fox's Ye-influenced attire at Paris Fashion week certainly incited a buzz, the fixation was on the dramatic smoky eye she consistently wore throughout each appearance. As she attended parties and shows arm-in-arm with Kanye West, the Uncut Gems actor accompanied each of her out-there outfits with bold graphic-liner looks slightly different than the last.

On Sunday, Fox was first seen wearing dark-winged shadow to complement her Canadian tuxedo ensemble, which she then extended all the way up to her brow line later that night. The next day, she once again wore graphic eyeliner, this time with a more abstract wing.

Though makeup artist Daniel Kolaric was behind Fox's makeup at PFW — using Pat McGrath's Perma Precision Liquid Eyeliner ($32) — that apparently wasn't the case the whole time. Fox later shared a behind-the-scenes photo of West applying her eyeliner to her Instagram. "Wanna kno [sic] who my fave makeup artist is?" she captioned the snap.

Perhaps West was only responsible for evening touch-ups? Ahead, see Fox's 'gram, and get a closer look at her extreme smoky-eye looks at Paris Fashion Week.