Saw a TikTok that said hair oil doesn't moisturize your hair, only water can. So I tried Hyaluronic Acid! 🤯 #hyaluronicacid #hair #hairhack #dryhair

Of all the skin-care ingredients out there that are known for their hydrating and moisturizing benefits, none of them have better PR than hyaluronic acid. The superstar ingredient has become a huge in the skin-care world over the past few years and has since popped up in hundreds of products from serums to moisturizers to cleansers, and that's for good reason.

"It's superhydrating and has antiaging properties," dermatologist Debra Jaliman, MD, previously told POPSUGAR. "It helps to seal in moisture and creates fullness and plumpness to the skin." With hyaluronic acid acting as a hero ingredient in many a skin-care routine, have you ever wondered if it'd be possible to reap those same benefits if you applied the ingredient to your hair? That's what many people on TikTok are claiming.

In one video that's now gone viral on the app, user Kaitlin Boyer tested out the theory and documented the process. According to a short clip shared on Aug. 29, Boyer applied The Ordinary's Hyaluronic Acid 2% Serum ($7) to her hair for two weeks to see what would happen. "Saw a TikTok that said hair oil doesn't moisturize your hair, only water can. So I tried hyaluronic acid," the caption reads. A before and after of a piece of her hair shows a visible difference in Boyer's hair, as the video implies that, during that time period, her hair had gone from dry and damaged to shiny and moisturized. "It feels so soft and is way more manageable," she wrote.

Even though the results from Boyer's TikTok seems a little anecdotal, it's actually not impossible to see decent results from using a hyaluronic acid serum as a hair treatment. "Hyaluronic acid and glycerin (also an ingredient in this product) are humectants," dermatologist Hadley King, MD, FAAD, told POPSUGAR. "Humectants can pull in hydration to soften and plump the hair shaft itself, which can make the hair appear fuller and softer. But it's important to note that in dry air environments, humectants can actually pull water away from the skin or hair, into the air, if they are not used in conjunction with emollients and occlusives to lock in the moisture."

In other words, if you choose to apply the product to your hair, you should follow up with a leave-in treatment or oil to see the best results. 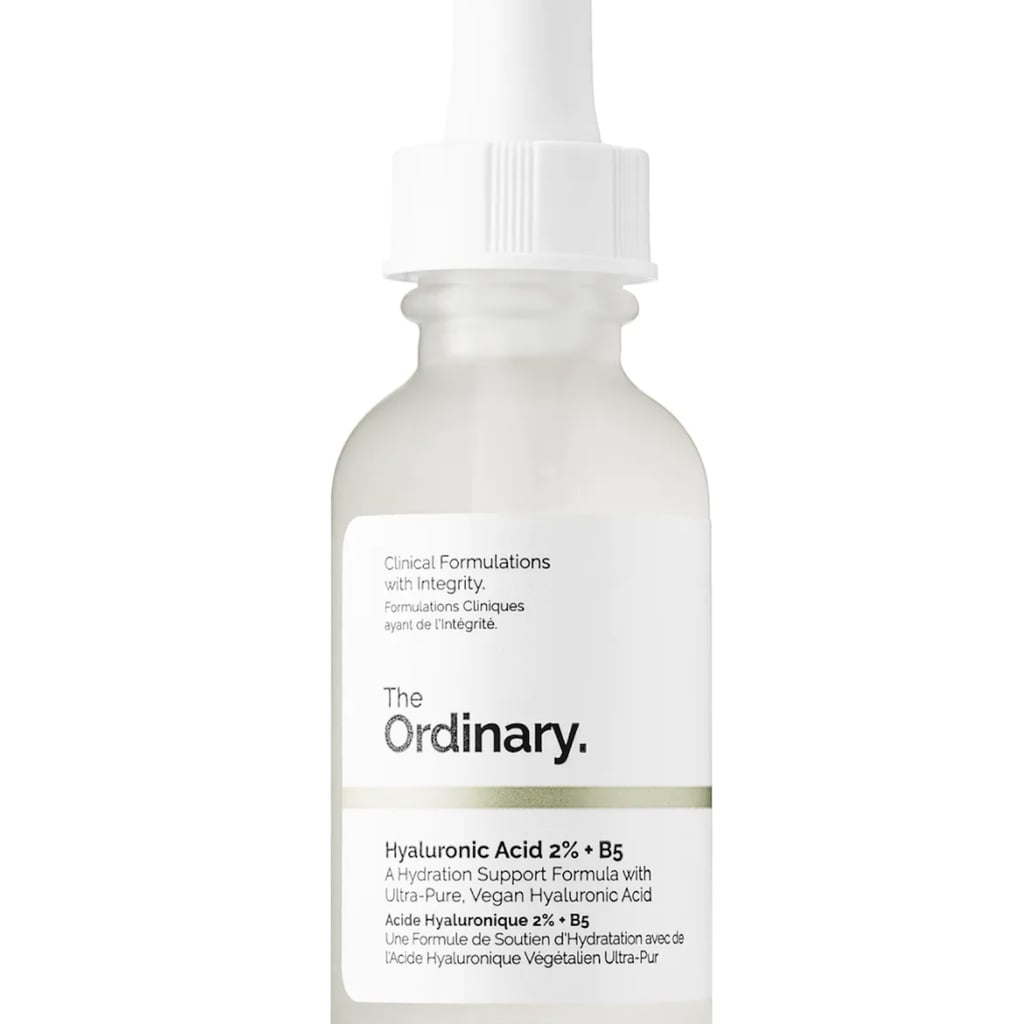 Makeup Tutorials
I Tried "Marinated" Makeup, and It Ended Up Looking So Chic
by Jessica Harrington 18 hours ago