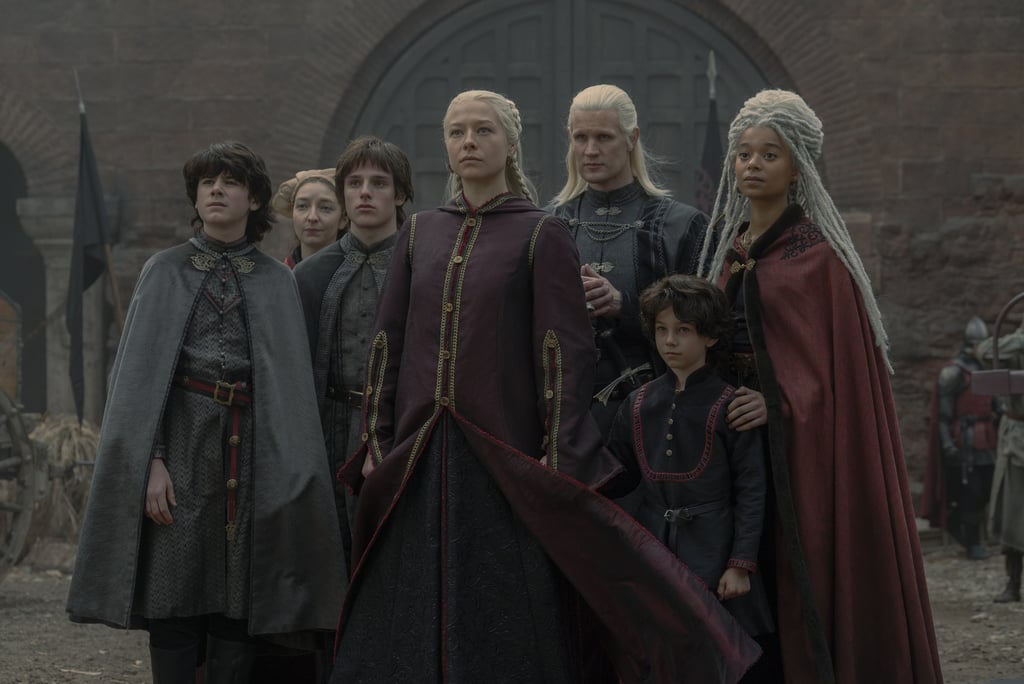 The Symbolism Behind the Hairstyles in "House of the Dragon"

The first season of "House of the Dragon," HBO's prequel to "Game of Thrones," dives into the tumultuous past of the House Targaryen almost 200 years before Daenerys Targaryen (played by Emilia Clarke) vied for the Iron Throne. Though the series introduced us to an entirely new cast — including King Viserys Targaryen (Paddy Considine), Prince Daemon Targaryen (Matt Smith), and Princess Rhaenyra Targaryen (Milly Alcock), to name a few — there's a lot of symbolism in the hair and costumes to unpack, just like the original series.

Fans of "Game of Thrones" know that hair color is often a good way to tell members of the houses apart. Despite the vastness of Westeros, a white blond usually signals a Targaryen; a more sandy blond, a Lannister. In the original show, Daenerys is known for her icy-blond and elaborate half-up, half-down braided hairstyles, while her brother Rhaegar (Wilf Scolding) has bleached and tousled waves. Though the new show focuses on an entirely different storyline, the signature hairstyles are still easily spotted, with similar styles appearing between King Viserys and Rhaegar and between Daenerys and Rhaenyra.

Keeping an eye on the show's hairstyles is also a good way to understand the relationship dynamics between the various characters (like why Princess Rhaenyra's sons have dark brown hair instead of the family's trademark blond, for example) and even someone's status. Keep reading ahead to learn the meaning behind the most notable hair moments on the "House of the Dragon."

Previous Next Start Slideshow
Beauty NewsHairStreamingHouse Of The Dragon