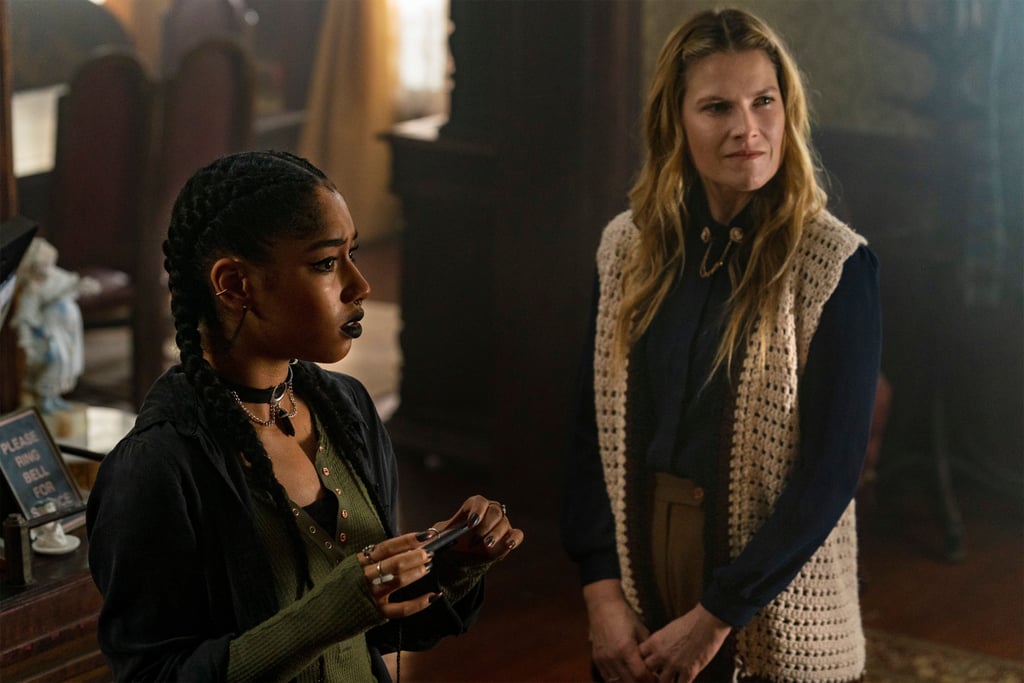 Working on the hair and makeup team for a production like AMC's Creepshow isn't for the faint of heart — and that's not just because of all the spooky beauty looks that are created in the process. The horror anthology show's lead hairstylist, Katie Ballard, recently spoke to us about what it was like to work behind the scenes on the show, creating a handful of looks for each character that require everyone on set to "bring their A-game" every single day of filming.

"I've never seen a crew bring more passion and drive to the table than I have on Creepshow," Ballard told POPSUGAR. "The thing that I think sets [this team] apart is the amount that we accomplish in such a short amount of time. It's not only an anthology series, but we have two stories per episode. This means that we're establishing a new cast for each story, often with only a couple of days notice as to who our cast is, and we're prepping for each episode while also filming one or two other stories simultaneously. If that's hard to wrap your mind around, imagine how we feel."

That hard work showed in the series' second season, which is currently airing on AMC. For more behind-the-scenes beauty secrets — and a look at how the team's passion and hairstyling know-how applied to the hair looks from this season — keep reading.